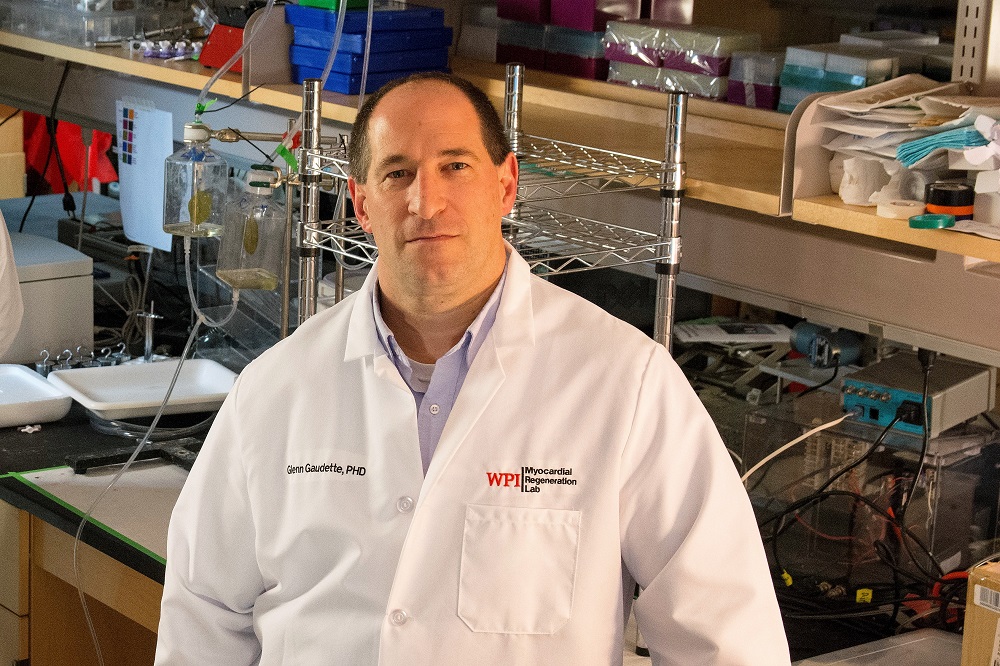 Election to the College of Fellows, which is composed of the top 2 percent of medical and biological engineers, is among the highest professional distinctions accorded to members of these professions. Membership is conferred upon those who have made outstanding contributions to engineering and medical research, practice, or education and for “the pioneering of new and developing fields of technology, making major advancements in traditional fields of medical and biological engineering, or developing/implementing innovative approaches to bioengineering education.”

“It is exciting to be recognized by my colleagues in medical and biological engineering,” Gaudette said. “This honor also recognizes the great work so many students have done and the support of numerous colleagues. I am fortunate that WPI provides a great environment that allows me to collaborate and think outside the box to embark on groundbreaking research.”

As director of WPI’s Myocardial Regeneration Laboratory, Gaudette has published over 75 peer-reviewed articles, co-edited a book on cardiovascular regeneration, been issued four patents, and founded a company based on technology developed in his laboratory. His work, supported by the National Institutes of Health and the National Science Foundation, aims to develop treatment for the millions of Americans who suffer from myocardial infarction and other cardiovascular diseases.

Gaudette has pioneered the use of plants as scaffolds for heart tissue regeneration. Research in which he and his team have used spinach leaves as scaffolds for growing human heart cells has been featured by media outlets throughout the world, including the BBC, the Washington Post, and Time.com. The work was named one of the top medical breakthroughs of the year by Boston Magazine and was the 7th most popular story of 2017 in National Geographic.