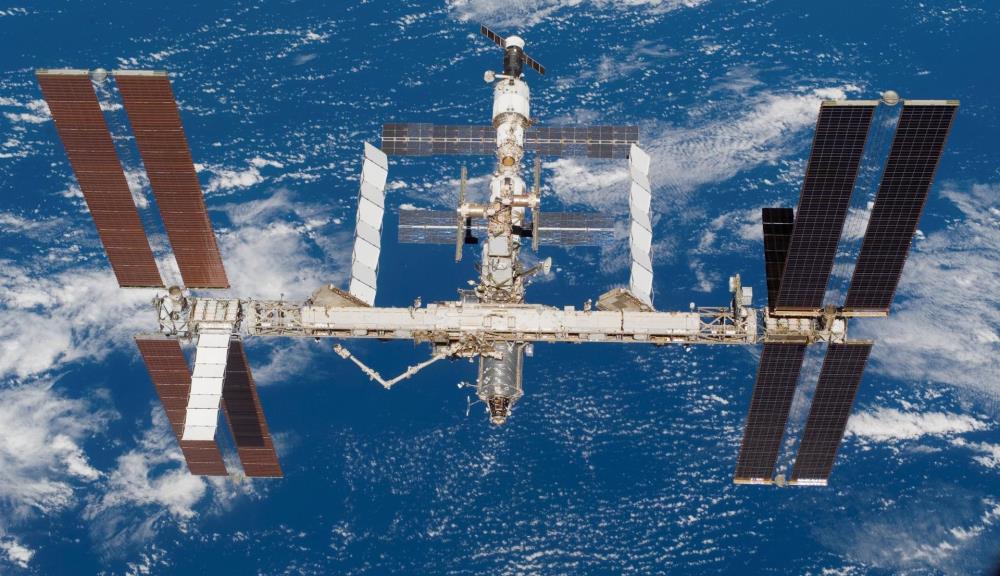 An innovative cooling system developed by a team of mechanical engineers has proven successful in testing aboard the International Space Station; a second, more complex experiment is scheduled for launch in 2021

An innovative new method to cool spacecraft on long missions, technology that may one day play a crucial role in NASA’s quest to send astronauts to Mars and other deep-space destinations, has proven successful in a long-term experiment aboard the International Space Station (ISS). The research is paving the way for an orbital test of a more complex version of the cooling system in 2021.

Developed by a team of mechanical engineers at Worcester Polytechnic Institute (WPI), the system uses electrically charged fluids to absorb and carry heat away from electronics and other heat-generating equipment. With no moving parts, the technology’s simplicity and reliability make it an attractive option for long-duration space missions that will take astronauts far from the security of their home planet.

“We’re greatly encouraged that our work has been deemed a success” said Jamal Yagoobi, professor and head of the Department of Mechanical Engineering at WPI and principal investigator for the research, which has been

supported by NASA for more than a decade. “This is the first time ever for this type of cooling pump technology in space, and the outcome has been very positive. This positions us well for the next phase of the work.”

Yagoobi’s cooling system is based on electrohydrodynamics (EHD). It uses electrically charged fluids that continuously circulate through tiny tubes in the cooling system, absorbing and carrying heat away from its source. The system creates no noise or vibrations and requires minimal electric power to operate, unlike current mechanical cooling systems.

Yagoobi said a primary goal of the current experiment, called “Electrohydrodynamically Driven Liquid Flow in Parallel Micro-Tubes,” was to make sure the system can function well in zero gravity conditions over a long duration. The experiment, launched aboard the SpaceX Dragon SpX-10 commercial resupply craft in February 2017, will continue to operate on the ISS until August 2018.

Meanwhile, Yagoobi and his team are working on another, far more complex experiment that is scheduled to launch to the orbiting station in 2021. Called “Electohydrodynamically Driven Liquid Film Flow Boiling,” the new system uses a two-phase, non-mechanical EHD pumping system with a condenser section and a boiling section. In this more-advanced system, the condensed liquid film is electrohydrodynamically pumped toward the heat source, where it boils. The bubbles generated during the boiling are extracted by another EHD mechanism in the absence of gravity, carrying heat away from the heat source. The liquid is then condensed and pumped back to the heat source.

Research on spacecraft cooling technology is critical for the future of space exploration, since the combination of solar radiation and heat produced by high-powered electronic devices and humans living and working within the spacecraft can lead to rising temperatures that, if unchecked, will harm astronauts and damage or even destroy electronics. As spacecraft begin to travel further from Earth, fool-proof and efficient cooling technology, like the systems produced in Yagoobi’s lab, will become increasingly important.

“When you’re in space, you can’t open the window and let the cold air come in and cool you off,” said Yagoobi. “As we move forward, a lot of electronics will be jammed into a very small area in a spacecraft or in a satellite. We’re going to use a lot more advanced electronics and produce a lot more heat. That’s why we need to develop this technology. Whether it’s for travel to Mars or any other mission outside Earth, you have to have cooling devices that are very effective, durable, and non-mechanical, and which require minimal power to function.”

Yagoobi’s second ISS experiment is expected to run from 2021 to 2022. Because of its complexity, Yagoobi and other scientists will need to be available 24/7 to answer any questions the astronauts might have about the experiment. “This is going to be highly complex,” he explained. “Results will be downloading every five seconds. If there’s a correction needed, we have to provide it right away. We want to make sure this is successful.”

Yagoobi and Jeffrey Didion, a senior thermal engineer at the NASA Goddard Space Flight Center, are co-principal investigators on both projects. The two researchers have worked together since the mid-1990s. They also are working in conjunction with NASA’s Glenn Research Center and Zin Technologies Inc., which is partially fabricating the setup of the 2021 experiment. The cost for the entire 2021 experiment is expected to be about $10 million.

In addition to its potential use as a cooling system for the next generation space stations, the technology is expected to be used in satellites and future long-distance spacecraft. The technology also has applications on Earth, in industrial cooling and heating, ventilation, air conditioning, and refrigeration systems.

Yagoobi has received funding from NASA every year for the past 26 years to support his research on electrohydrodynamic cooling systems. He flew aboard zero-gravity airplane flights in 2012 and 2013 to test prototypes of the cooling system and is scheduled for another flight in late 2018. These flights are essential for developing new technologies for space applications.

Beyond developing successful technologies for use in space travel, the research is fulfilling one of Yagoobi’s childhood dreams. “When I was a little kid, I always wanted to be an astronaut,” he said, “but I knew that was not going to happen. So I said to myself, ‘I have to do space-related work.’ And that’s what I did.”

President Laurie Leshin was featured in a WGBH The Curiosity Desk conversation about space science and what to watch for in 2019. She noted the extensive space science research faculty and students are conducting at WPI. In the piece, she also referenced how WPI Researchers use International Space Station as testbed for communications experiments with NASA.