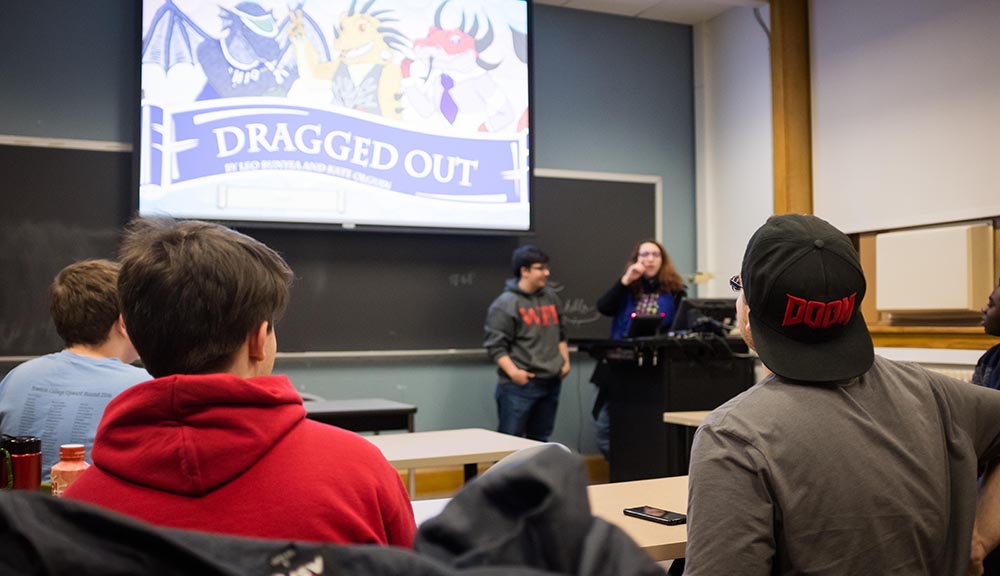 When this year began, Isaac Donkoh-Halm ’20 had planned to focus more on his schoolwork than extracurriculars.

He’s still doing that, of course, but in addition he’s worked to revive an important club on campus that provides a space for other gaming enthusiasts to come celebrate—and critique—the gaming industry: Diversity in Games Club.

In an industry infamous for its lack of an open, accepting environment, the Diversity in Games Club is a valuable resource and a haven for students to learn how to support and positively impact the worlds they love.

Founded in 2015 by Francesca Carletto-Leon ’16, the Diversity in Games Club aims to provide a safe, friendly environment for members to discuss issues affecting video games, board games, and the gaming industry itself. Students also have the opportunity during the meetings to present on different topics that are particularly interesting or important to them.

“Diversity in games is too important to be abandoned, especially in a politically charged time like this.” -Isaac Donkoh-Halm

Donkoh-Halm had been attending meetings sporadically since arriving at WPI, but with his additional roles in the Game Development Club and SocComm Films, as well as class and lab work, he hadn’t become too involved until 2017. With many former executive club members graduating, he explains, he and Aaron Graham ’19 decided to work to keep the club running, with Graham as vice president, Kelly Zhang ’18 as secretary and interim treasurer, Natalie Bloinarz ’19 as treasurer incumbent, and Tyler Sprowl ’20 as event coordinator and secretary-elect.

“Diversity in games is too important to be abandoned, especially in a politically charged time like this,” he says.

The Diversity in Games Club meets weekly, with discussions and presentations focusing on a wide array of topics ranging from gender diversity and respectful representation of the trans community in gaming to independent games that promote healthy, consensual relationships. In the future, they’re hoping to host talks by current students and alumni, as well as collaborate on events with other organizations on campus like the Alliance and the Game Development Club.

Students interested in delving more into diversity in games may email the club for more information about future meetings and events.

This is the seventh of the "WPI's Got What?" series, highlighting the variety of clubs and organizations at WPI. Check out other clubs that have been profiled: