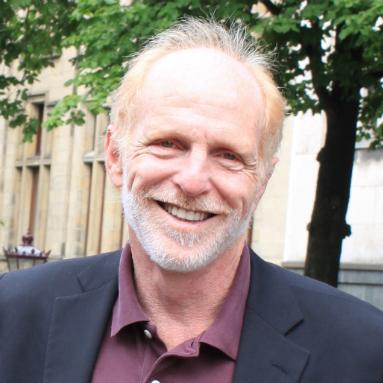 Bruce Bursten was born in Chicago and raised in Milwaukee. He received his SB in chemistry with honors from the University of Chicago in 1974, and his PhD in chemistry from the University of Wisconsin-Madison in 1978 under the direction of the late Professor Richard F. Fenske. He was a National Science Foundation postdoctoral fellow at Texas A&M University from 1978 to 1980, conducting research with the late Professor F. Albert Cotton. He joined the faculty of The Ohio State University in 1980 as an assistant professor of chemistry; in 1997 he was named Distinguished University Professor. In October 1999 he became chair of the Department of Chemistry at Ohio State, a position he held until October 2003. In 2005 he moved to the University of Tennessee, Knoxville as Distinguished Professor of Chemistry and dean of the College of Arts and Sciences, a position he held until the end of 2010. In 2006 he was elected to the presidential succession of the American Chemical Society, and served as president-elect for 2007, president for 2008, and immediate past president for 2009. During those three years, he also served as a member of the ACS Board of Directors. From January 2011 to July 2012 he was a visiting professor in the departments of Chemistry at Columbia University and Barnard College. In 2014 he was elected to leadership of the Section on Chemistry of the American Association for the Advancement of Science (AAAS) and served as chair-elect in 2014; he is now chair, and will serve as retiring chair in 2016. In June 2015 he moved to Worcester Polytechnic Institute in Worcester, Mass., as provost and senior vice president, and professor of chemistry and biochemistry.