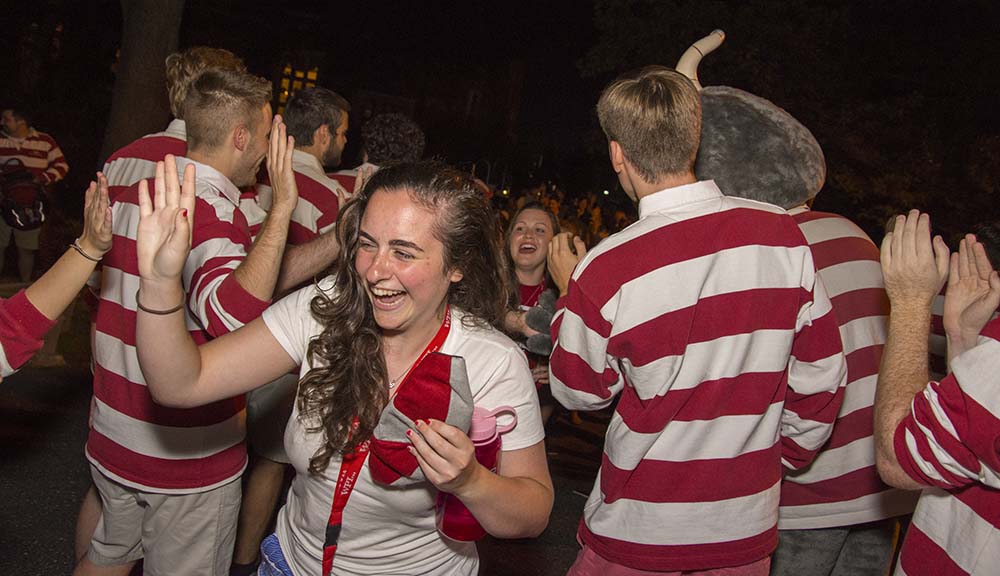 It’s common knowledge that there’s a constant energy around WPI—how can there not be, what with all the innovation, collaborations, and robots, usually all in the same day—but there’s been a bit more excitement than usual lately, and it’s not because Auntie Anne’s and Planet Smoothie in the Foisie Innovation Studio are finally open again.

(But that’s not to say we’re not excited about that too.)

All of this enthusiasm stems from a single day: August 18. It’s the day more than 1,000 students have been waiting for. It’s the day hundreds of volunteers (running on just as many cups of coffee) work together to offer a glimpse of just how supportive and welcoming the WPI community is. It’s the day WPI’s Class of 2023 arrives on campus.

Of course there won’t be any SparkNotes allowed in class, but we’ll make an exception here for a quick roundup of the World Class of 2023 as they start making their first WPI memories, get to know Goat Nation, and cross Earle Bridge as a group for the first time.

The Magic Number: Surprising no one, there are lots of important numbers at WPI—that one iconic goat mascot, our four seven-week terms, even pi itself—but the number with the most buzz this week comes in the form of the first-year class, made up of 1,224 future engineers, chemists, biologists, business leaders, game designers, and goat enthusiasts.

Calvin & Hobbies: There’s no one “typical” WPI student. They’ve each got their own passions both in and out of the classroom, and the Class of 2023 is no different. This year’s group includes a published author, a synchronized skating Junior Olympian, a member of the Colombian sailing team, a designer, modeler, and manufacturer of fidget toys, and someone who knits sweaters for animals in shelters. (Think she’ll be up for collaborating with the Golden Needles on Gompei’s next holiday sweater?)

The Best of the Best: Okay, maybe there’s one thing that’s typical about WPI students—they’re smart. Among the Class of 2023 (whose average high school GPA was 3.9) are 35 valedictorians and 15 salutatorians. Who knows—maybe we’ll have another Jeopardy contestant on our hands.

Major Decisions: WPI students can choose from over 50 undergraduate and graduate degree programs. The most popular choices for the Class of 2023? Computer science, mechanical engineering, biomedical engineering, engineering undecided, and aerospace engineering.

Have You Heard About WPI Newest Class? 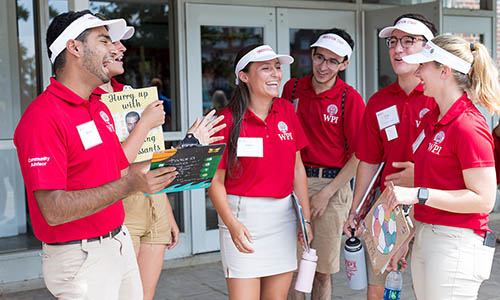