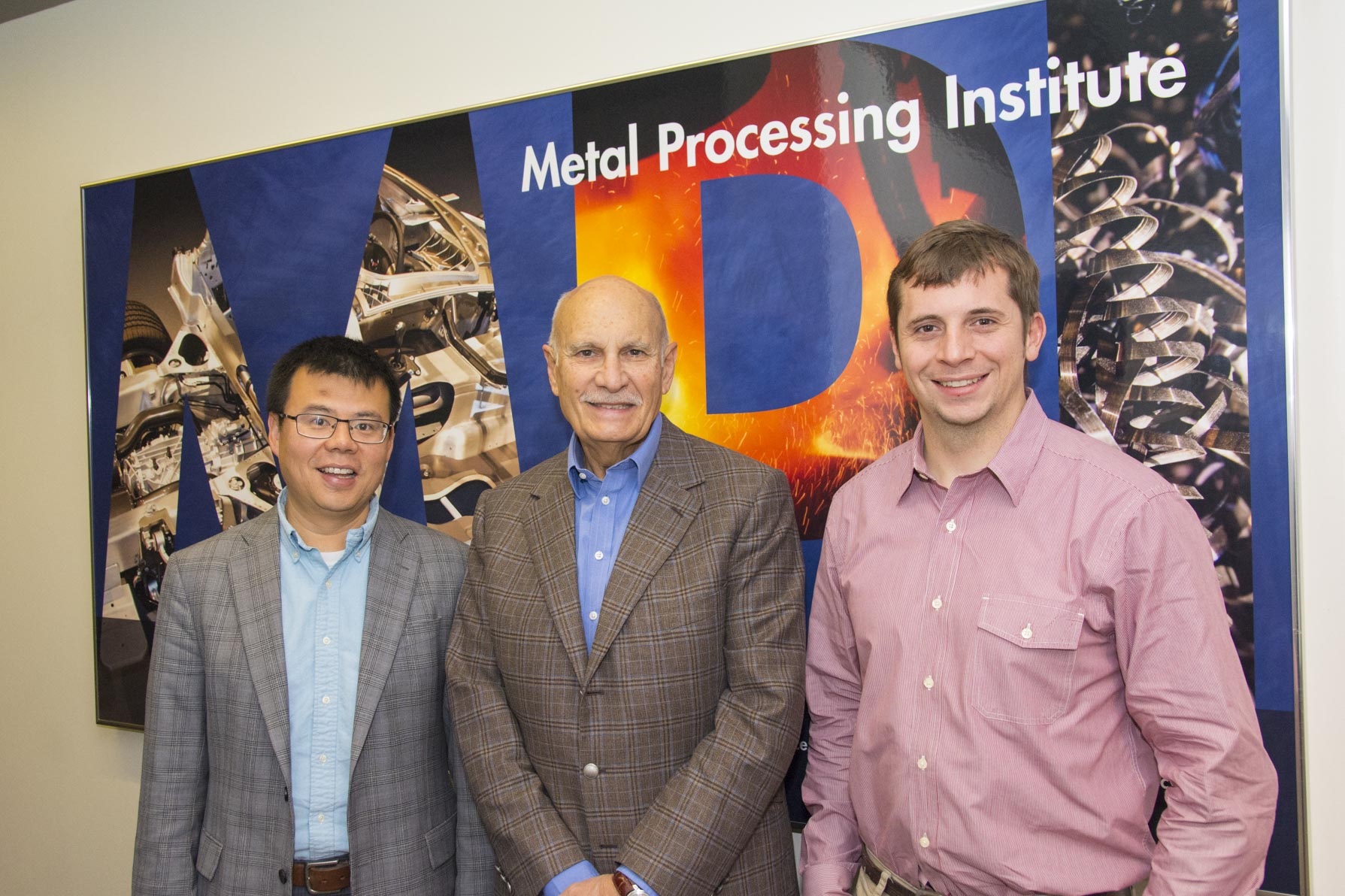 A Battery of Successes

An idea born in a lab at WPI led to the formation of an innovative clean-tech company, culminating with recognition from one of the country’s most prestigious business accelerator programs.

Now the trio are co-founders in the Grafton-based startup company, with Gratz serving as CEO, Wang as chief scientist, and Apelian as board chair.

Earlier this month, Battery Resourcers was named one of 26 finalists in the MassChallenge Boston accelerator program, a competition that provided startup companies with prize money and other awards. The company was chosen from a 128-startup cohort in June that came from an original pool of more than 1,700 applications.

More than $1 million in zero-equity prizes were given to 16 of the startups. Battery Resourcers ultimately garnered silver award honors, enabling it to receive rewards from MassChallenge’s network of partners, product discounts, and other services.

But the biggest value, company founders say, was simply gaining newfound business experience in talking to Boston-area business leaders involved in the challenge.

“MassChallenge was a great experience for Battery Resourcers,” Gratz said in a recent interview inside Wang’s lab. “There was a relatively large clean-tech community in Boston, which was eye-opening to me. We were able to meet with a lot of business leaders, who were willing to provide mentorship since they had been working in the space.”

Gratz said that there is a major challenge in recycling lithium-ion batteries, namely because there are five different chemistries used in the batteries. As a result, the recycling rate of those batteries in the United States is less than 5 percent, according to Gratz.

But Battery Resourcers has tapped into a critical market space with a unique business proposition.

“Our advantage is that we can recycle lithium–ion batteries and recover the cathode material from a mixture of lithium-ion batteries, regardless of size, shape or chemistry,” said Gratz.

He added that the cathode materials—lithium, nickel, manganese, and cobalt—are the most valuable parts of the lithium-ion battery, which holds more than 70 percent of the battery’s value. “And that would account for more than 90 percent of our revenue stream,” he said.

Battery Resourcers currently receives most of its lithium-ion batteries from WPI’s facilities department and from battery collection boxes stored throughout campus. The team shreds the lithium-ion batteries, sieves the materials, magnetically separates all the stainless steel parts, and uses its proprietary process to recover the cathode materials.

In the near future, the team will collect lithium-ion batteries from electric car companies and original battery manufacturers.

Battery Resourcers has exclusively licensed two patents from WPI that are a critical element for the success of the company. These patents came out of the work done in Wang’s lab and in CR3.

Todd Keiller, director of Intellectual Property and Innovation at WPI, served as the team’s mentor in the National Science Foundation I-Corps program in which Gratz conducted 137 customer interviews, resulting in the current business strategy.

“They have an excellent Tech Advisor Network (TAN) team mentoring them,” says Keiller. “They have also surrounded themselves with an outstanding board of directors that has given them tremendous experience and guidance.”

Board members include WPI trustee Michael Aspinwall; David Spencer, chairman of Waste to Energy; Pearson Spaght, president of Fletcher Spaght Ventures; and Yet-Ming Chiang, professor of materials science at MIT and co-founder of A123 Systems, a developer and manufacturer of advanced lithium-ion batteries and systems.

The work Battery Resourcers is doing is an outgrowth of a major award a WPI research team led by Wang received earlier this year.