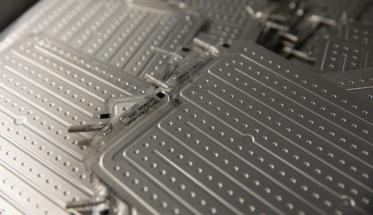 Through the center, the first of its kind established by the U.S. Department of Energy, WPI Professor Yan Wang will study the effects of impurities in nickel-rich lithium-ion battery cathode materials.

Supported by a three-year, $15 million award from the Energy Department, the center is located at Argonne National Laboratory (ANL) in Lemont, Ill., where test beds and a process scale-up facility will be developed. The center is a collaboration between ANL, WPI, the National Renewable Energy Laboratory, Oak Ridge National Laboratory, University of California at San Diego, and Michigan Technological University. Other collaborators, including battery manufacturers, automotive original equipment manufacturers, recycling centers, battery lifecycle management services, and materials suppliers, will bring expertise from across the battery supply chain.

The Energy Department previously announced the Lithium-Ion Battery Recycling Prize, which encourages American entrepreneurs to find innovative solutions to collecting, storing, and transporting discarded lithium-ion batteries for eventual recycling. It will award cash prizes totaling $5.5 million to contestants in three progressive phases designed to accelerate the development of solutions from concept to prototype.

“Partnering with the private sector, national laboratories, and universities, the battery recycling prize and the R&D center will develop innovative technologies that recover and use recycled materials,” said Daniel R. Simmons, assistant secretary of the Office of Energy Efficiency and Renewable Energy. “These efforts will reduce our dependence on foreign sources of critical materials, strengthening America’s economic growth and energy security.”

One of the goals of ReCell is to increase dramatically the recycling rate for lithium-ion batteries, which are widely used to power electronics and electric and hybrid vehicles. While nearly 99 percent of lead-acid batteries are recycled, about 95 percent of

lithium-ion cells enter the waste stream. By developing methods for efficiently recovering and reusing the materials in these batteries, the center will also reduce the need to import critical materials, including lithium and cobalt, in keeping with President Trump’s Executive Order 13817, which identifies the need for “developing critical minerals recycling and reprocessing technologies” as part of a broader strategy to “ensure secure and reliable supplies of critical minerals.” Reusing these materials will not only reduce the economic and environmental costs of extracting and shipping them, but also lower the cost of manufacturing new batteries. 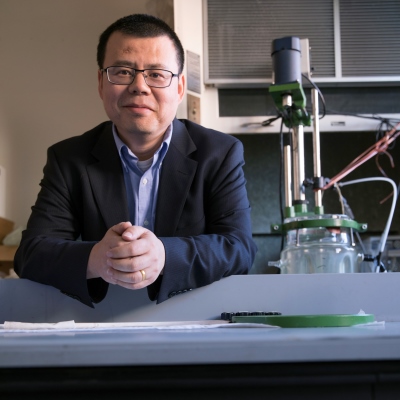 Yan Wang, developer of a versatile process for
recycling lithium-ion batteries, in a lab where new
cathode powders can be made from materials
recovered from recycled batteries.

In addition to being named an inaugural member of the new center, WPI has received a one-year, $150,000 contract to conduct research on the effects of impurities on the cathode materials used to make lithium-ion batteries. Yan Wang, William Smith Dean’s Professor of Mechanical Engineering, who developed a groundbreaking process for recycling lithium-ion batteries that can recover and reuse cathode materials regardless of their chemistry, will lead the project. Battery Resourcers, a company co-founded by Wang, licensed the patented process and has established a pilot plant in Worcester to demonstrate that it can be scaled up to near-commercial capacity.

Wang’s research has previously been funded by the National Science Foundation and the Massachusetts Clean Energy Fund, and through two awards from the United States Advanced Battery Consortium (USABC), a collaborative organization of FCA

US LLC (Chrysler), Ford Motor Company, and General Motors. With the current $1.08 million USABC award, Wang and his research team are extending WPI’s recycling process to produce new nickel-rich cathode powders. The research is motivated by the increasing demand by the automotive battery market, in particular, for cathodes that are richer in nickel, which offers higher energy density (a greater ability to store energy) than cobalt-rich cathodes.

“By gaining a better understanding of how impurities affect the growth and structure of crystals in the cathode powders, and how those changes affect the electrochemical performance and useful life of the finished batteries,” Wang said, “we can learn to better control the recycling process to create the highest-performance cathode materials possible.”

Battery Resourcers, USABC, and battery maker A123 Systems are collaborators on the WPI research project.

WPI’s recycling process, which recovers cathode materials that can go into new batteries without costly reprocessing, is an example of one of ReCell’s four primary research focus areas. The others are developing methods for recovering other battery materials, developing new battery designs that are optimized for recycling, and developing modeling and analysis tools for battery recycling research and development.