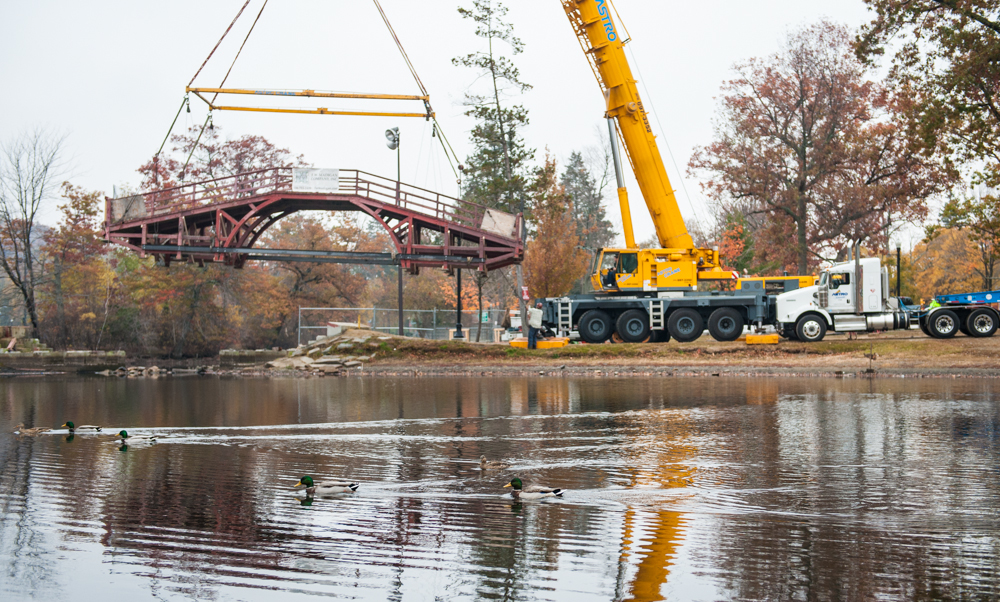 Courtney Verdel-Ogden was looking for an MQP that would go beyond conceptual, something she could leave for the City of Worcester.

By joining the effort to replace the historic footbridge in Elm Park, she found such a project, as have fellow WPI students Matt Steeves, Alexandra Jaeger, Matt Valcourt, Erik Snodgrass, Lamyae Reklaoui, and Nicole Martucci.

The students, working under the direction of faculty advisor Tahar El-Korchi, will design a replacement for the iconic bridge, one of the most recognizable structures in the city. It has already been removed and taken to Worcester Technical High School, where students will follow WPI’s blueprint and build a replica.

“I am very excited about our project,” says Verdel-Ogden. “I think it’s a fantastic opportunity to learn about working with the city and the political nature that projects can have. I am also grateful that we are able to work with Worcester Tech to build the bridge. The students and teachers there have been extremely supportive and are just as excited to see the final product.” 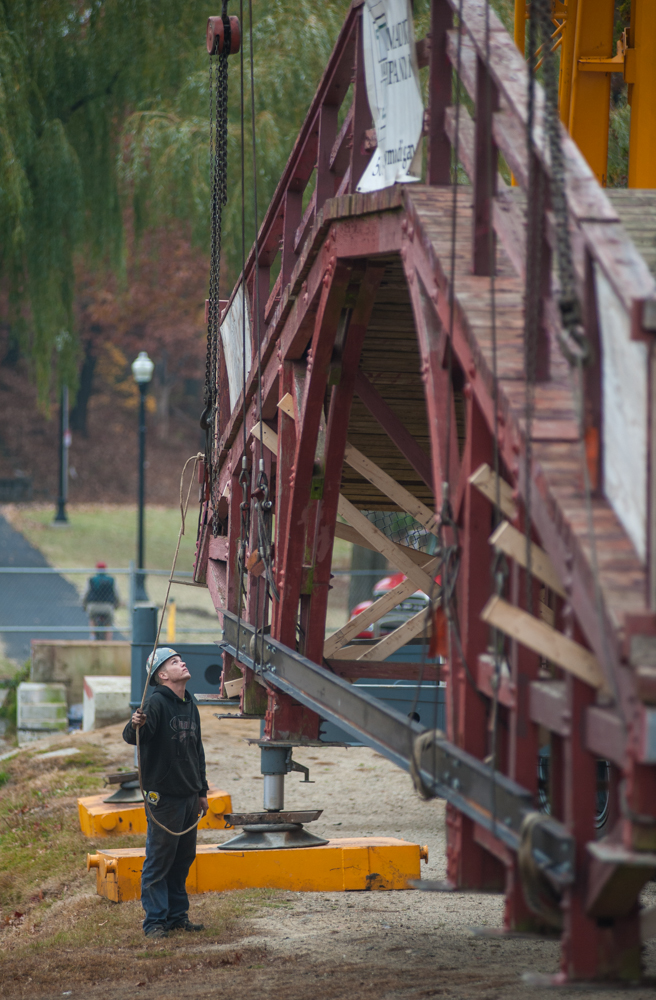 Tim McCann, chairman of the Worcester Historical Commission, says the original bridge was built at the turn of the 20th century and has been replaced three times, most recently in the 1970s. Before being moved to the high school, it had been closed because supports on its underside had rotted.

McCann says the fourth reincarnation will copy its predecessor as faithfully as possible, while using a design and sustainable materials that will enable it to last longer. The target date for completion is spring 2015.

Verdel-Ogden says WPI students will develop three designs for the replica, one of which will be chosen by the city. Goals and challenges include handicapped accessibility, steepness, size, and cost, as well as remaining faithful in appearance.

Last month, Mayor Joseph Petty lauded the partnership among the city and the two schools, saying the collaboration will save about $250,000 and perhaps two to three years, had the project gone through the usual public bidding process. City Manager Michael O’Brien said the Rotary Club of Worcester has donated money for the project.

McCann calls the footbridge “the face, the identity of the park,” which dates to the 1850s and was one of the first public parks in the country. It has been enjoyed by families for generations, including McCann’s parents, who had their wedding photos taken there.

Like the mayor, McCann is enthusiastic about the city’s partnership with the schools, something that has not been done often enough.

“It’s a crime that more of these projects don’t happen, especially in this economy,” he said, adding that the city saves money, while students gain valuable work experience that will look good on a resume.

McCann finds it fitting that the new bridge will be dedicated to the late philanthropist Myra Kraft, whose husband, Robert, owner of the New England Patriots, recently paid a visit to Worcester Technical High School. 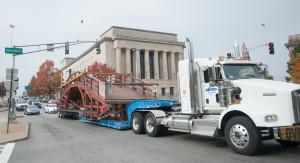 “Myra was a bridge builder, and seeing this bridge being something that can be available to people from all backgrounds, and have a quality of life, is very cool,” he told the Worcester Telegram & Gazette.

With input from students and faculty at the high school, WPI students are working on designs, materials lists, load calculations, and other essentials before turning the project over to the high school for construction, according to Verdel-Ogden. WPI students will continue as managers and assist with further planning and troubleshooting.