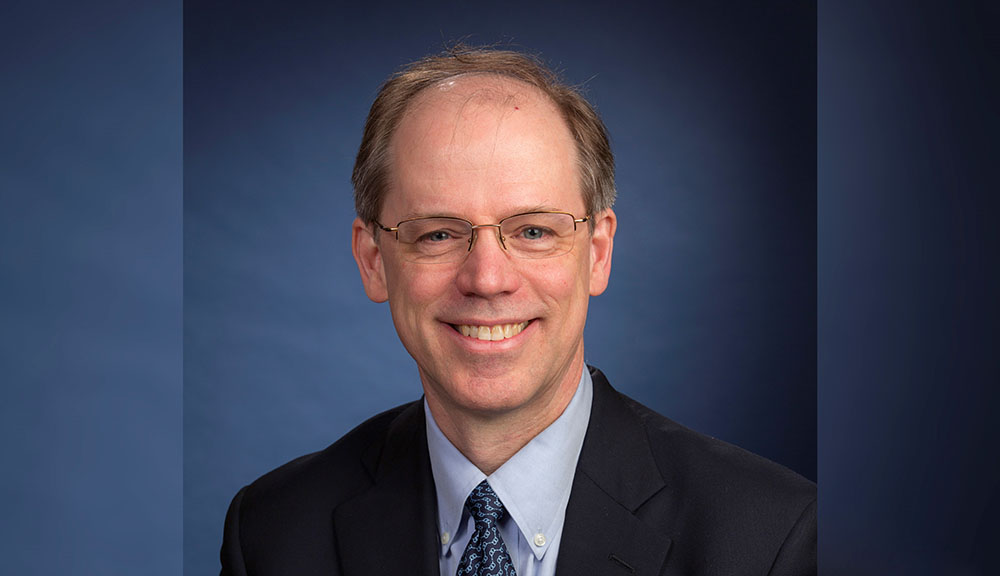 They say that the third time’s the charm, and it was for history professor and International and Global Studies director Peter Hansen. He had applied for Fulbright grants as a graduate student and as a junior faculty member decades ago, but received support for his research from other sources instead. This year he applied for the prestigious Fulbright International Education Administrators (IEA) seminar and was one of 12 applicants to be accepted to participate in the two-week program in France this October.

IEA seminars give international education professionals and senior higher education officials from the United States the opportunity to travel to other countries in the hopes of learning about the host country’s education system, establishing connections, and networking among international universities. The program is hosted by the Franco-American Commission for Educational and Cultural Exchange in Paris; Hansen's itinerary will include stops in Toulouse, Paris, and Brussels.

“Each city will include seminars on higher education in France and Europe, as well as institutional visits to universities and research centers,” he explains.

The IEA program also takes place in other countries in Europe and Asia, but the program in France is aimed at senior-level administrators who are instrumental in enhancing the international focus of their institutions. One would be hard-pressed to find a candidate more qualified than Hansen, founder of WPI’s International and Global Studies program, which brings together students from every major at WPI for the study of global issues, foreign languages, and other regions of the world.

In addition to expanding and reinforcing his own professional contacts, Hansen hopes that his experience with the IEA program will not only help him further instill the importance of a global education in students, but also help WPI in developing interdisciplinary global projects, exchange programs, and research partnerships with European institutions.

“[The program] is a unique chance to make the connections with European colleagues that will be critical for WPI to achieve its aspirations to be ‘the premier global polytechnic,’” Hansen says, explaining that if, in keeping with its mission and Strategic Plan, WPI begins to build and strengthen relationships with French institutions, the universities could potentially collaborate and make important breakthroughs in fields like robotics and cyberphysical systems; sustainable materials and manufacturing; cybersecurity and data sciences; health, bioengineering, and biotechnology; and learning sciences.

“[The program] is a unique chance to make the connections with European colleagues that will be critical for WPI to achieve its aspirations to be ‘the premier global polytechnic.’” -Peter Hansen

Hansen is also hoping for a kind of domino effect from his time in the IEA program. While WPI students often work on projects with sponsors, they rarely work with local students; identifying university partners interested in collaborative student projects could serve as the impetus for French classes to be added to WPI’s language curriculum.

“Multicultural teams are increasingly the norm in workplaces around the world,” Hansen explained in his IEA project statement. “Language proficiency is only one of the many skills … that facilitate collaborative work, effective communication, or multicultural and global competency. Academic projects with mixed teams of U.S. and French students could be well worth the effort, since almost all of our students will face such challenges in the future after they leave university.”

The mission of the Fulbright program, working to build mutual understanding and initiate collaborations among people from different countries, is something Hansen sees as invaluable, especially today. “As the U.K. negotiates Brexit and the U.S. debates the wall on its border, the person-to-person diplomacy offered by the Fulbright program—and by WPI’s global programs—has never felt more urgent or important.”