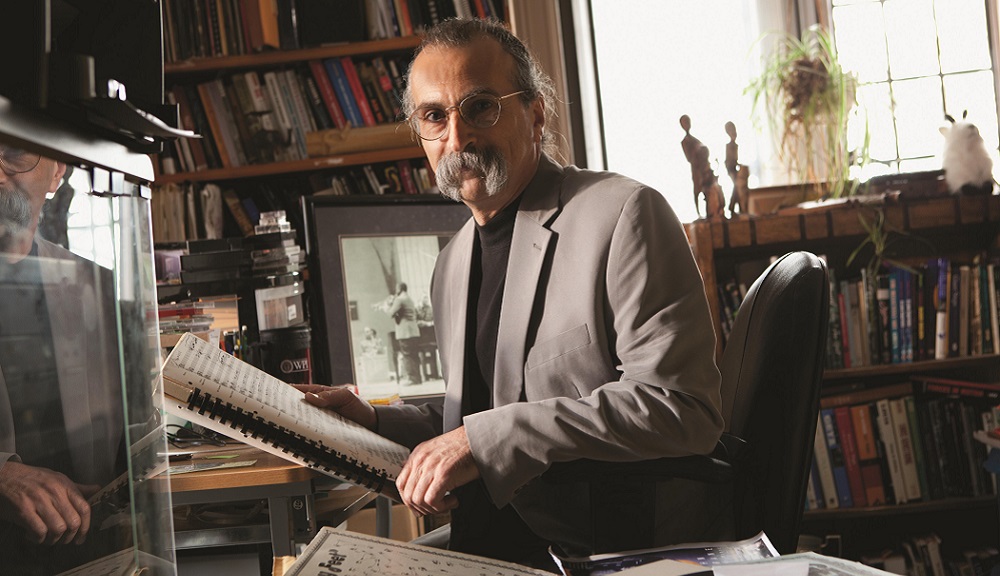 Keeping the Community Vibrant through Jazz

April 29 event will celebrate WPI’s status as permanent home of New England Jazz Hall of Fame, the unveiling of the international wing of the Weiss Jazz History Database, and the start of a formal partnership with WICN Radio.

On Saturday, April 29, Boynton Hill—and the rest of campus, for that matter—will be alive with the sound of jazz music.

Saturday's event will celebrate a three-way partnership among the New England Jazz Alliance (NEJA), WICN Radio, and the Weiss Jazz History Database at WPI, as well as WPI’s new status as the official home for the New England Jazz Hall of Fame. Established in 2001, the Hall of Fame has been a traveling exhibit: pieces of it would be brought in for concerts and programs, but instead of continuing with a life on the road, the entirety of the Hall of Fame will now have a permanent home in the archives of the Gordon Library. WPI professor and director of jazz studies Rich Falco has a long history with NEJA—from being part of its college of voters tasked with determining who would be inducted into the Hall of Fame, to helping them launch their first website, so it seems only fitting that WPI would be chosen as the hall of fame’s new home.

Saturday will also serve as the official launch date for the international wing of the Weiss Jazz History Database, an interactive multimedia museum devoted to preserving “at-risk” jazz artifacts, including music, videos, photos, and articles from and about underrated jazz musicians from the New England area. The database offers an easy-to-use format that encourages invited scholars and researchers to submit content from their own communities, as well.

The database is now in formal partnership between WPI and WICN. Founded in 1969, the radio station was known as the Worcester Intercollegiate College Network, and began in Alden Memorial as a way for Holy Cross and WPI students to broadcast a variety of music genres before eventually becoming a jazz station. Much of its programming helps “keep the community vibrant through the arts,” says Brian Barlow, former executive director and current advisor to WICN.

Although WPI and WICN have worked together on various other projects such as student IQPs and independent study projects, the database takes the partnership to a new level.

While the database will profile artists, WICN will produce and air programming that focuses on those artists. WPI will also work with individuals and institutions around the world, encouraging them to contribute content to the database remotely from their own communities. “While WPI is focusing on the global initiative, we’ll be contributing to the local New England initiative by providing more exposure to artists and their work,” says Tom Bellino, managing director/producer at Planet Arts and a member of the WICN board of directors.

Jeffrey Duquette ’91, president of the WICN board of directors, is also excited about the new partnership. “WPI’s curriculum encourages collaboration and teamwork,” he says. “ ... I am thrilled that a partnership with my two favorite institutions is moving forward. I truly believe that the local and global jazz communities will benefit from their combined effort.”

A Labor of Love

The Weiss Jazz History Database has been a labor of love for years, and more content is always being added. Check out the video to learn more about how and why the database was established, and the important role it plays in the history of jazz.

Roger Aiudi ’18, an aerospace engineering major, is responsible for tackling the database’s complicated coding system. After taking a jazz theory course with Falco during his freshman year, Aiudi started working on the database as a community service project. The work eventually evolved into a work study, then a capstone project for his HUA requirement (which is now also available to other interested students). Mike Drnek ’07, currently the database lab director, put years of work into the database, as well.

“It’s a very complex coding system,” Falco says, going on to explain that he’s worked with two professional companies on the same project, and experienced significant failures. “They just weren’t getting the nuance of it, and I think the more engaged Roger became ... the more he was able to satisfy a lot of the needs that we had. He’s an extremely talented guy; not only does he have the coding down, but he’s got a clear vision for what this project is all about. ... This is the epitome of what WPI is about in so many ways: the coming together of humanities and arts with technology.”

Although the idea of archiving items isn’t new, Bellino believes there’s a newfound sense of realization among the public of its importance. “There’s so much out there that needs to be documented,” he says. “There’s a whole lot of stuff happening, and I think what Rich is doing is very important.”

Saturday’s event will feature several special guests and musicians, including the New England Conservatory Jazz Orchestra. Saxophonist and Worcester native Mark Zaleski will be featured with the orchestra. According to Falco, they had the opportunity to tap any jazz artist they wanted for the celebration, but they felt no need to enlist talent from anywhere outside of New England.

“It’s important to ground it here; this is our community, and we’re proud of it. It’s a celebration of our community here,” he says.

At the end of the day, it’s clear that the work that had been done for years leading up to the celebration this weekend is a labor of love by all. According to Falco, “We’re hoping the 29th of April becomes a model for other communities throughout the world to partner as we’ve done ... to create a rich understanding of how the world of jazz is rooted in communities.”