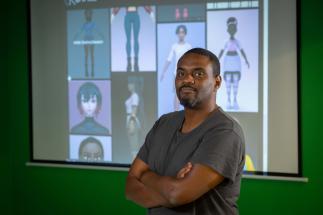 Leveling Up Diversity and Inclusion: “Rigs of Color” Works to Expand Representation in Video Game Industry

Acclaimed author and activist James Baldwin once said, “Not everything that is faced can be changed, but nothing can be changed until it is faced.” It’s a maxim Worcester Polytechnic Institute (WPI) Associate Professor of Teaching Farley Chery infuses into his recently announced project Rigs of Color, a website containing a diverse set of characters with a wide range of racial and ethnic identities for game developers and animators to use in their work. With Rigs of Color, Chery is working to create lasting change in the video game and animation industries—by facing its lack of representation of non-white people head-on.

The goal is to have people of color included in representations of humanity, the real humanity, so that all the different types of people can be shown in every light and so that they can be seen in every story.

“The goal is to have people of color included in representations of humanity, the real humanity, so that all the different types of people can be shown in every light and so that they can be seen in every story,” says Chery. 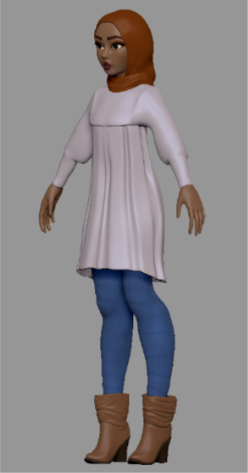 Chery and a team of WPI undergraduate and graduate students are designing what the industry calls “rigs.” In simple terms, rigs are akin to scaffolding in construction or the bones and muscles in your body, and animators use them to generate life and movement. The rigs are created through a multi-step process that can involve motion capture and rotoscoping—tracing over the live-action captures frame by frame.

The seeds of the idea for Rigs of Color first came to Chery when he was a student in the early 2000s and he was unable to find rigs of non-white characters. The work started to really take off in 2019, when an undergraduate student approached Chery, asking where he could find Black characters for his animation project. Through that conversation Chery says he realized, “This has been a problem for a long time, and I have all the skills to fix it.” The project work has been beneficial to white students as well, who, Chery says, have learned to recognize their implicit bias and have become more versatile as artists, as they created anti-racist characters.

Chery also says he believes the murder of George Floyd in May 2020 was the catalyst that changed people’s minds and made them see the importance of Rigs of Color and the need for representation. As he says, “The death of George Floyd made people listen to what people who look like me have been saying for years.”

An example of that new attention came after Rigs of Color was publicly announced in the summer of 2022. Chery received interest and support from animators in the industry at well known companies, who reached out to him through social media and email. Those professional animators have offered to help spread the word about Rigs of Color, as well as lend a hand with testing. 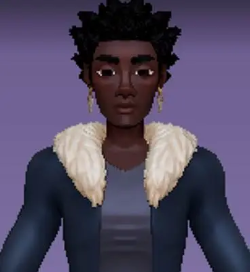 Right now, there are more than 30 characters on the Rigs of Color website, a milestone Chery says was made possible by funding and support he received from WPI. He also received funding from the Public Interest Technology University Network—a partnership of dozens of universities that’s designed to create a new generation of civic-minded scientists who will use technology to serve the public and the greater good. He is working toward creating 1,000 characters, so that there will be an average of 10 characters for most major racial and ethnic groups.

Two-thirds of the total number of characters will be free—with the idea that students, faculty, and small- and mid-size studios would be the primary users. Providing free access to the majority of the characters is intended to facilitate their ease of use and proliferation, and eventually, change the mindset of the video game industry and make inclusion integral to it.