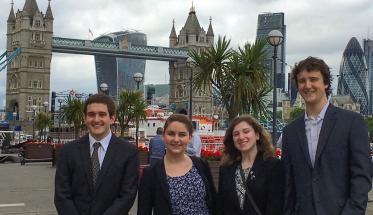 The students who ventured to WPI’s London Project Center 30 years ago might not have realized their momentous step in the school’s history. As the first international project center, London became the pioneering location for what has evolved into today’s successful Global Projects Program.

As WPI marked the center's 30th anniversary, celebrations were held on both sides of the Atlantic. President Leshin traveled to London with several faculty from WPI, including current London Project Center director Dominic Golding and past director Rob Krueger. Among the many scheduled events was an evening reception on March 27 for alumni, project sponsors, and friends hosted by Lord Richard Faulkner of Worcester, UK, in the House of Lords. Other events included a breakfast with students and a visit to the Worcester, England, Project Center. 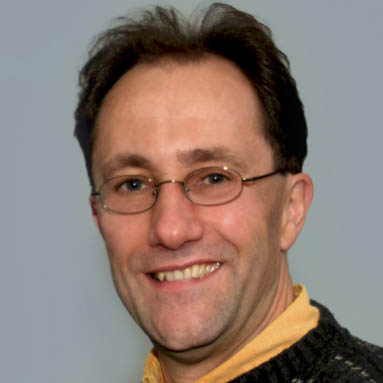 Golding says the weekend’s events commemorated a thriving partnership for everyone. The successful projects and relationships have enhanced students’ overall academic experiences and have impacted communities in England in exceptional ways.

Students from London would come to WPI when the WPI students headed to London. In 1987 an official project center was established with Maria Watkins as resident director and Professor John Zeugner as faculty resident advisor. In the years since, more than 100 organizations in Greater London have benefitted from the work of more than 400 student projects completed by nearly 1,400 students and 66 faculty advisors, says Golding. Community partners include borough councils (local government authorities); nonprofits, including Commonside Community Development Trust and Groundwork; and museums such as the Tower of London, the Design Museum, the British Museum, the London Science Museum, the Victoria and Albert Museum, and the London Transport Museum.

WPI had already begun stateside celebrations with a reception on March 16, when alumni came to reminisce and share how their experiences influenced their lives and careers. The event also celebrated all the center has accomplished and noted future plans. Some of the students brought memorabilia like scrapbooks and shared stories of their experience so far off campus.

Golding says that as a faculty member, seeing students come into their own at a project center is rewarding. Some students have never traveled, and they all have to negotiate the difficulties of finding their footing while living, working, and researching in a foreign country. With only seven weeks, there’s little time for adjustment, but the students tend to flourish. 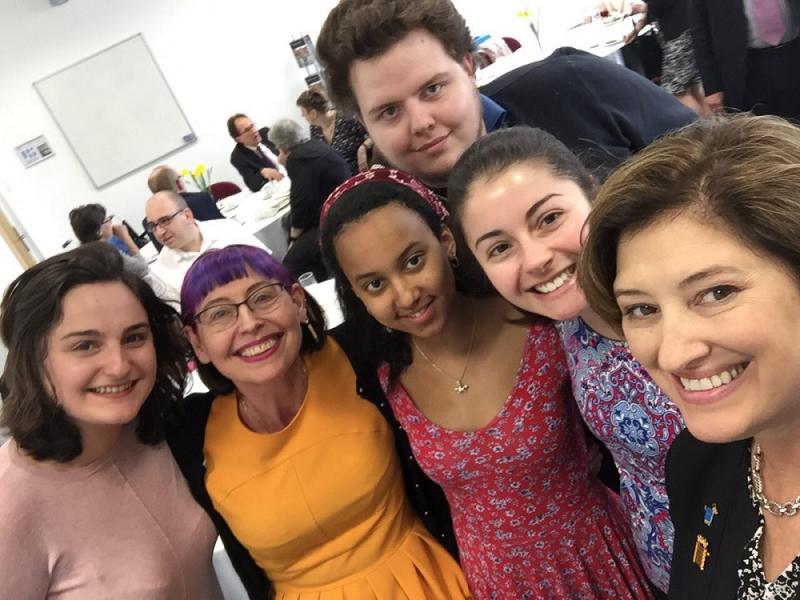 President Leshin takes a "prez selfie" with students
currently at the project center.

Golding recalls one shy student who was on a team of high-energy students. As with any project, unexpected glitches threw plans off course, making everything that much more difficult. Rather than retreat, the student took the lead. “He blossomed right in front of my eyes,” says Golding, noting that kind of experience as a faculty member is fantastic and not rare. “There are enough of those moments to make it rewarding,” he says.

In the short time they are in London, students work on authentic projects that result in useful and valuable work. “By knowing the output of the project—and if it’s going to be used—gives the students greater incentive to do a good job and makes them enthusiastic,” says Golding.

The Design Museum’s David Houston says working with students in his London location is both professionally and personally rewarding. Last year, an IQP team produced a Teacher’s Pack with Houston that aimed to incorporate STEAM ideas into elementary-level classrooms.

“There is no way that we had the resources to undergo such a big project,” says Houston. “IQP students are able to methodically plan, assess, research, and evaluate such a huge project as this. They are also able to take a fresh approach to the subject.”

As Houston notes, the students offered a level of enthusiasm and knowledge that allowed them to produce an entire Teacher’s Pack deliverable (from idea creation to piloting in the schools to a production-ready product). And they did it at a cost level that would have been impossible for the museum to achieve otherwise.

“Working with an IQP group means a lot to me professionally,” says Houston. “Personally it means that I’m able to tackle ambitious projects with real outcomes at the end of them that may have been beyond my own personal resource. Everyone in their working life has that nightmare project that they would, in an ideal world, devote several weeks to if they could. The IQPs take on a project like this and work tirelessly to create an end result that supersedes the abilities of the individual sponsor in a similar timeframe.” 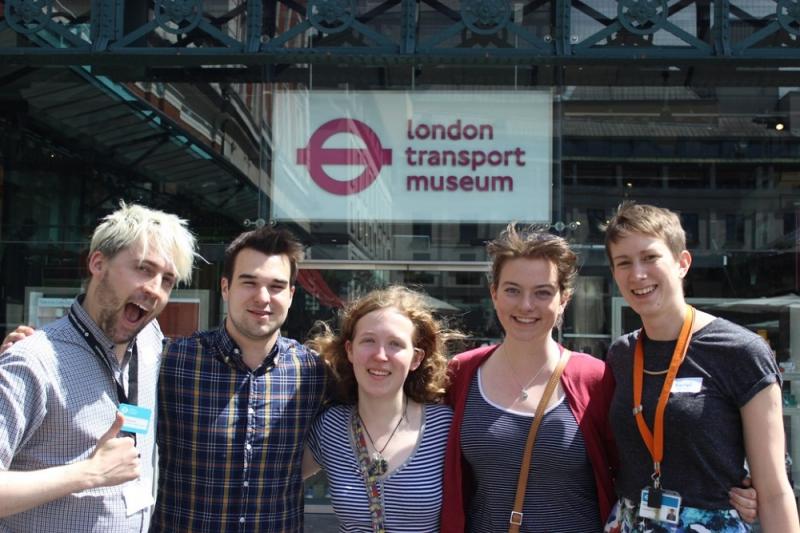 On a personal note, Houston says the students bring a fresh perspective that is appreciated and contagious. He remains in touch with students from many years ago. “They are among the brightest minds around and come with diverse skillsets as well as a combine experience that makes them great to work with,” he says. “I’ve worked with three IQP teams over two different organizations now, and every time I’ve worked with a group they have never failed to impress both myself and colleagues.”

Students say the work and the experience is life-changing. From the moment he heard a presentation about a Solar Decathlon IQP in China on an admissions tour, Paul DePlacido ’17 knew he would participate in WPI’s Global Projects Program. His team worked with Houston and The Design Museum on the Teacher Pack last spring, and he had the opportunity for personal travel to other countries including Spain, Italy, Greece, and Ireland. Given London’s similar culture and language, its excellent transportation system, and its proximity to other European countries, DePlacido says the choice of location was easy for him.

“The cultural experience and the architecture—I am big into all that,” he says. “My experience was phenomenal.” But the lasting effects, like the international networking contacts he developed and the continuing friendships with London colleagues were unexpected. “I was a main contact with our sponsor [Houston] and I talk to him to this day.” And the team immersed themselves in the classrooms that would use the Teacher Pack so they could understand what was needed and how any final product would be used.

Golding says the teaching experience at a project center is very different than standing in a lecture; it is more personal and often just as eye opening professionally. He has the opportunity to spend more time with students and they form lasting bonds through the project, and after hours as well.

“I feel we’ve had a long-term tangible impact on London,” Golding says. “But for me, it’s more about the students and trying to develop projects that are high quality and have valuable proto-professional and academic experiences. It’s always about the impact we’ve had on students.”