A Night In Great Company

On April 27 representatives from many companies, as well as WPI faculty, students, and alumni, gathered for an evening of networking, dinner, and even a signature WPI frappe, presented to Jay Ash, secretary of housing and economic development and one of the evening’s speakers, to celebrate the value of academic and corporate partnerships. 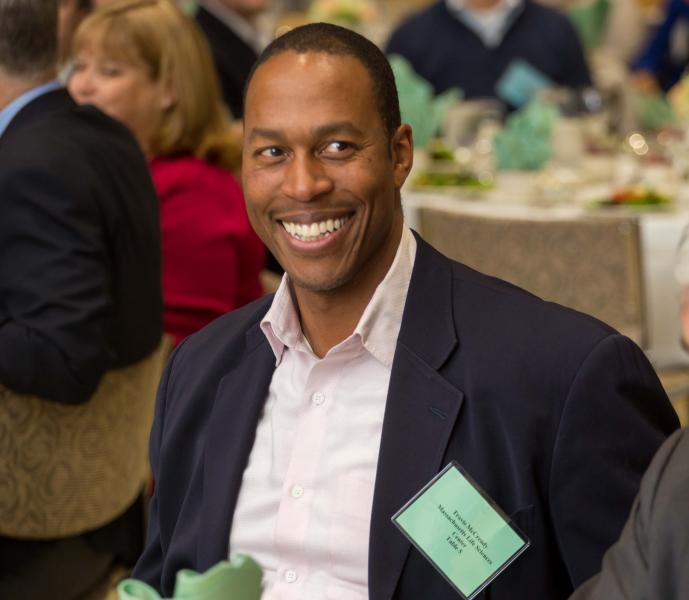 The event, known as “In Great Company,” came about through the Institutional Engagement model developed among Academic and Corporate Engagement, University Advancement, and the Office of the Vice Provost for Research, working together to organize a way for WPI to honor and celebrate their corporate partnerships. Thursday’s event was the fourth such celebration.

“In Great Company” thanks corporate attendees for their support while also honoring a small group of companies for their commitment and level of engagement with the university, with the effect being that more corporate partners will learn about what WPI has to offer, the importance of working with the university and its faculty, and how they can get involved and potentially be among the honorees at a future event.

“Over the years, we’ve developed some really strategic partnerships with companies … each relationship we honor has a long, rich history of engaging with WPI on many different levels,” explains Sharon Deffely, executive director for academic and corporate engagement. The two companies and U.S. Army agency highlighted this year—Boston Scientific; Natick Soldier Research, Development, and Engineering Center (NSRDEC); and Pfizer—have been heavily involved in working with WPI, from placing students in co-ops, internships, and full-time jobs to donating equipment and sponsoring projects and research. Each company also has a solid base of WPI alumni, many of whom returned to their alma mater for the event. 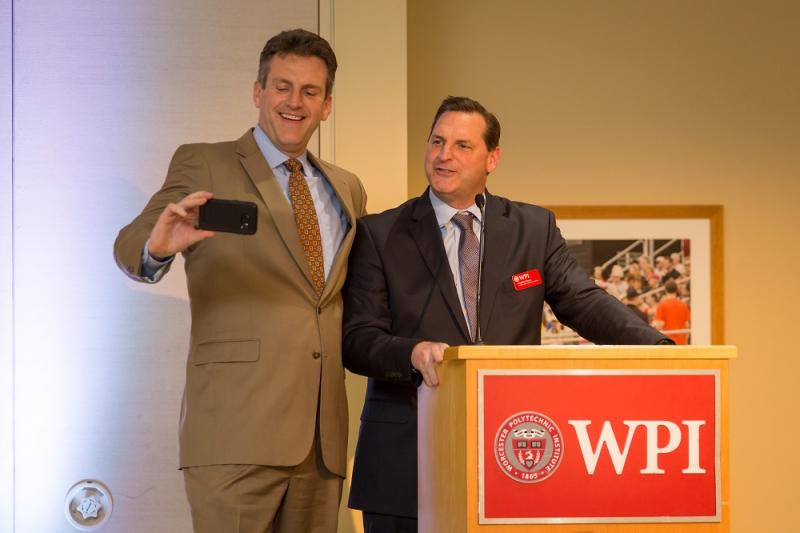 “It’s a great opportunity to come back to campus,” says Jennifer Kimball ’96, director of regulatory affairs at Boston Scientific. “I’m excited to be able to help give back to the school that gave so much to me.”

For Jeff LaPalme, senior manufacturing innovation engineer at New Balance, it was an opportunity to meet with more faculty following New Balance’s recent involvement in sponsoring two student Major Qualifying Projects (MQPs) and donating a robot to WPI. “It’s great to come to a university where we can utilize new technology and get ahead [of the curve],” LaPalme explains.

While “In Great Company” focuses on corporate partnerships, Stephen Flavin, vice president of academic and corporate engagement, is quick to commend WPI’s faculty and staff in his opening remarks, as well. “[They] are the absolute lifeblood of these relationships,” Flavin says. “When we talk about academic and industry, it’s our students and faculty who bring the value-added from this side of the equation … being able to work with such committed faculty and exceptional students is an incredible advantage for WPI and a valued benefit to our partners.” 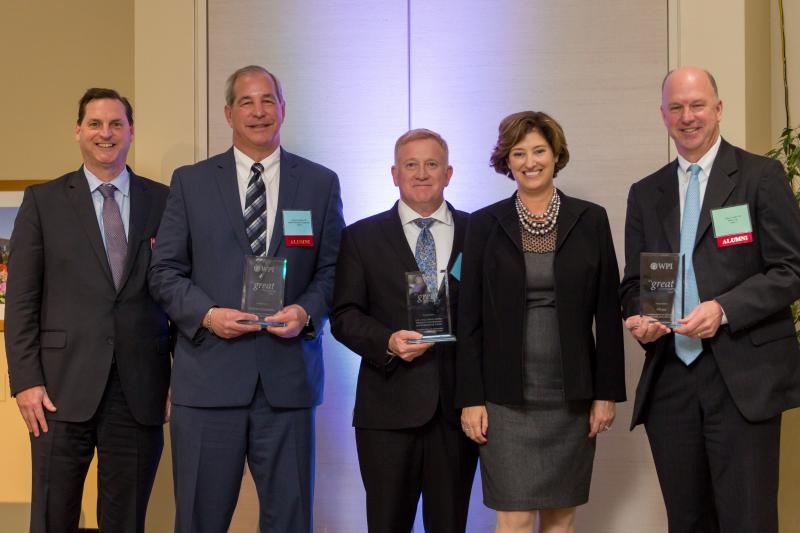 This year’s “In Great Company” also placed an emphasis on WPI’s newest venture, PracticePoint, a membership-based healthcare initiative that brings research, development, and testing of new revolutionary devices under one roof. President Laurie Leshin encouraged attendees to learn more about the facility and see if their company would be a good fit within the initiative.

Following a formal dinner and the chance for guests to learn more about graduate student research, John Kelly ’82, vice president of quality operations and environment, health & safety at Pfizer; Charlene Mello, chief scientist at NSRDEC; and Ed Mackey ’85, executive vice president of global operations at Boston Scientific participated in a panel where they answered questions on industry and academic partnerships. To close out the night, awards were given to Kelly, Mackey, and Douglas Tamilio, director of NSRDEC, in celebration of their organizations’ collaboration with WPI.

Earlier in the evening, Leshin touched upon the missions of all in attendance in just a few sentences: that through academic and corporate partnerships, WPI’s partners don’t just drive economic prosperity and resilience; they do something even more important. “You create value in people’s lives,” she explained. “You make us healthier and safer; you increase our access to the latest technological innovations … and you help us make future promise into current reality.”