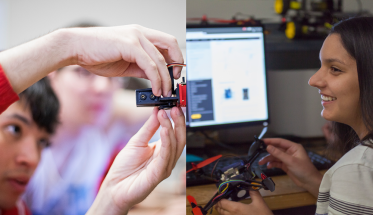 Signature departments at WPI offer a range of opportunities for students

Robotics Engineering and Aerospace Engineering, two signature programs at WPI for more than a decade, are now officially departments. The move was approved by the WPI faculty earlier this year after motions put forward by the Committee on Governance (COG).

The effort to designate the longtime programs as departments was made after careful consideration of the programs’ distinctive curriculum, strong core faculty, and research excellence, say WPI academic leaders.

“Both Robotics Engineering and Aerospace Engineering are examples of what WPI does best­­—support a core group of dedicated faculty who respond to the needs of their industry and research communities,” says Dean of Engineering John McNeill. “This bottoms-up, demand-driven approach provides our students with undergraduate and graduate experiences that lead to rewarding career pathways in these high growth areas.”

“Robotics at WPI explores the impact of science and technology on society in a manner that uniquely integrates ethics, humanism, design-thinking and the social sciences,” says King. “I’m thrilled to see Robotics Engineering become a department and I’m looking forward to seeing how undergraduate and graduate students alike continue to solve complex human problems thoughtfully.”

The Rise of Robotics

In 2007, WPI became the first university in the nation to offer a bachelor’s degree in Robotics Engineering. It launched a master’s program in 2009 and a PhD program in 2011. In doing so, WPI became the first university to provide bachelor’s, master’s, and PhD programs in Robotics simultaneously, and is still one of only a handful of institutions to offer both graduate and undergraduate programs in Robotics. 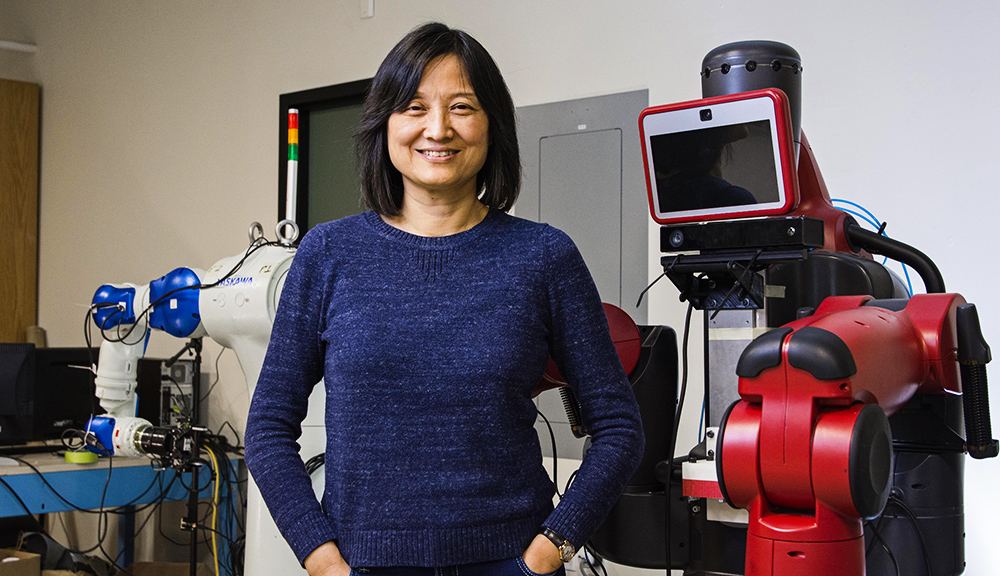 In 2016, The Accreditation Board for Engineering and Technology (ABET)—the world’s leading accreditation organization—awarded the WPI Robotics program the inaugural ABET Innovation Award for developing and implementing the first ABET-accredited undergraduate Robotics Engineering program in the United States.

Jing Xiao, Head of the Robotics Engineering Department, notes that the department has 18 core faculty and enrolls 374 undergraduate majors (not including double majors) and 231 graduate students, based on the most recent data. She says robotics has become a stand-alone discipline “…with its own intellectual core that cannot be subsumed by other related disciplines, even though it is also one of the most cross-cutting fields.”

Robotics draws from researchers in a number of disciplines, including mechanical engineering, computer science, and electrical and computer engineering.

“RBE is one of WPI’s signature programs and a pioneer in the nation—and arguably the world—in robotics education and in integration of education and research,” says Xiao.

Xiao notes that this academic year will be challenging due to the pandemic, but also says it presents opportunities. “It forces us to be more innovative in providing hands-on learning experience to our students,” she says. “We are constantly thinking of new ways to improve student hands-on and project-based experience.”

For example, the faculty have developed certain practices, such as individual homework kits that will remain even after the pandemic.

Xiao notes that another big opportunity is the need for accelerated research of robotics and applications in healthcare to provide assistance to patients and protect medical workers at the same time.

Soaring to New Heights with Aerospace

Nikolaos Gatsonis, the inaugural head of the Aerospace Engineering Department at WPI and the founding director of its degree granting programs, says the new designation will 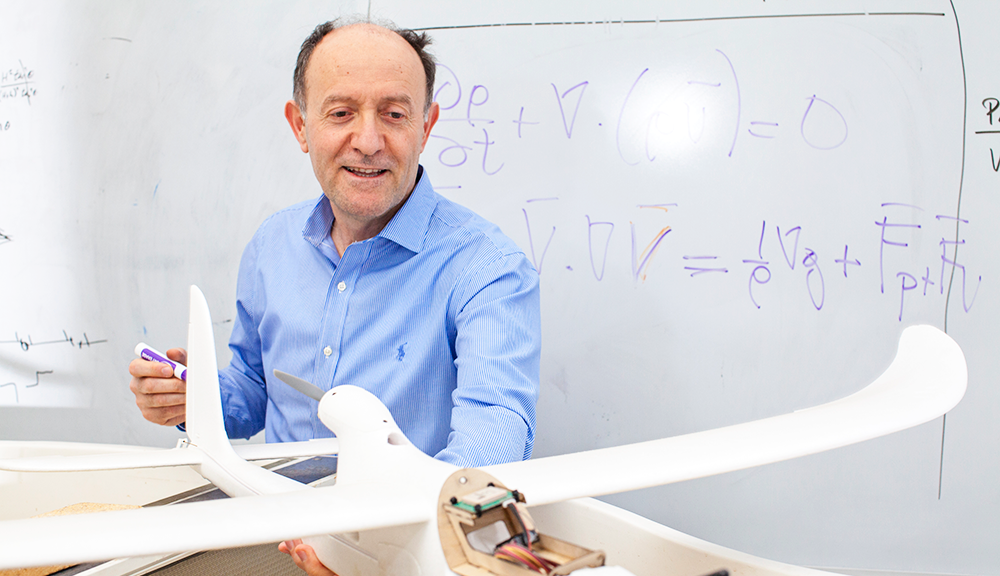 provide even more visibility for the department and it work. “The Aerospace Engineering department will further establish WPI’s identity as a research university and will enhance the stature of WPI’s School of Engineering,” says Gatsonis.

He added that Aerospace has established a diverse funding portfolio in aeronautics and astronautics, and an infrastructure that includes close to 6,000 square feet of specialized facilities. He says the department status places WPI as one of only five universities (along with MIT, Penn State, University of Maryland, and the U.S. Naval Academy) with stand-alone departments in the Northeast, and would be prominently placed in a select group of about 80 aerospace engineering departments in the United States.

Among other areas, the new Aerospace department will allow Aerospace faculty to grow professionally and provide expanded opportunities for its students.

Also, Gatsonis says the Aerospace department will become the visible focal point for aerospace education and research at WPI. “It will support and grow research in rapidly emerging areas through strategic planning, strategic faculty hiring and careful coordination of faculty efforts,” says Gatsonis.

Gatsonis added the department also has some other lofty goals.

“The Aerospace Engineering department will aggressively pursue participation as partners in national space programs and missions, a task that will be facilitated significantly by recognition as an established department,” he says.