Of Sailors and Whales concert brings Moby-Dick to life 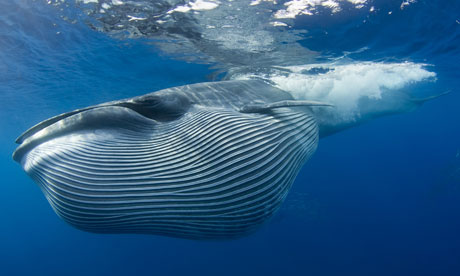 The characters of Herman Melville’s Moby-Dick will come to life in musical form when the WPI Concert Band performs a program featuring Of Sailors and Whales Saturday, Feb. 15, at 4 pm in Alden Memorial.

Composed by W. Francis McBeth and published in 1990, Of Sailors and Whales is a five-movement work based on five scenes from the classic novel. The program will be directed by WPI music professor Douglas Weeks and the Concert Band’s assistant director, Samantha McGill. Kelsie Lazaro ‘15 will be WPI’s student guest conductor. It will be narrated by Humanities and Arts department head Kristin Boudreau.

Weeks says the overall concert conveys a general theme of “exploration” within elements such asSongs of Sailor and Sea, Mars, Ireland: Of Legend and Lore, Mt. Everest, and other works on the program.

“The selections reflect the desire of humans to explore new lands, the depths of the ocean, the heights of the mountains, and outer space,” he explains.

Boudreau says each of the five movements within Of Sailors and Whales corresponds to a major character from Moby-Dick: Ishmael, Queequeg, Father Mapple, Captain Ahab, and the white whale itself. Each musical section begins with a short excerpt from the novel.

“As Doug explained to me, most conductors fill out these textual passages a bit,” she says. “I took on that job, finding passages from Moby-Dick that set the scene for the music to follow.” She adds that she was likely asked to serve as narrator because of her great fondness for Melville and the fact thatMoby-Dick is one of her two favorite novels.

According to Boudreau, the program is relevant to WPI in several ways. HUA professor Wes Mott, she notes, is a nationally recognized scholar of the novel and teaches an entire course devoted to Moby-Dick.. In addition, she believes the work is very much in sync with WPI’s practical approach to learning.

“Moby-Dick [is] a book that really combines theory and practice,” she says. “Its narrator, Ishmael, is both a sailor and a bookworm. He’s intent on discovering something essential about the physical world, but he finds it both elusive and dangerous. So he turns to books and illustrations but finds them only partly accurate, and the painstaking work of scholarly research reminds him of his own mortality. So he returns to the natural world, but finds it too immense to comprehend.”

The novel does many things, she explains; one of which is to make the case that true understanding comes from the movement between theory and practice. To prepare for the role of narrator, Boudreau says she re-read the relevant chapters from the novel, listened to the musical sections, and found passages that expanded on the feeling of the text and the music.

Weeks says the February concert frequently includes a performance by an ensemble from another university—the Sacred Heart University Concert Band, conducted by Keith Johnston, will join the WPI Concert Band for this year’s program. He adds that about 140 musicians will combine to present the final three numbers.

The concert is free and open to the public.