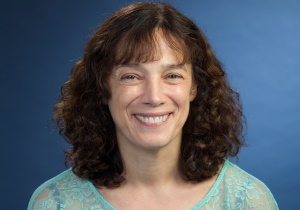 Suzanne Scarlata, PhD, the inaugural Richard T. Whitcomb Professor of Biochemistry at Worcester Polytechnic Institute (WPI), recently assumed the presidency of the Biophysical Society at the international scientific society's annual meeting. Founded in 1958 to encourage the development and dissemination of knowledge in biophysics, the society has more than 9,000 members worldwide.

During her presidency, Scarlata says she will pursue a number of initiatives, with a particular focus on issues related to federal funding for research in biophysics, a field that uses the techniques of mathematics and physics to gain new insights into living organisms and systems. She says she expects to meet with congressional leaders and leaders of the National Institutes of Health (NIH) to seek ways to increase the number of basic research awards made annually by the NIH and to work in coalition with other scientific societies to urge Congress to consider tying the nation's annual expenditures on scientific research to its GNP (gross national product), as is done in many other nations.

"Part of my agenda when I go to talk to these leaders," she said, "will be to encourage them to consider this model, which will help increase American competiveness by providing stable support for research programs."

Scarlata's own research, which is currently funded by a $308,000 R01 award from the National Institute of General Medical Sciences, focuses on a group of proteins, known as G proteins (guanine nucleotide-binding proteins), that are involved in transmitting signals from various stimuli from the exterior to the interior of cells. The signaling pathways mediated by G proteins are integral to a wide away of biological functions, from sensory perception, to the regulation of the heart, nervous system, and reproduction, to the development of cancer. "It has been estimated that 70 percent of all pharmaceuticals are targeted at G proteins," Scarlata says.

In work currently under way in her lab, she is exploring how G proteins help regulate calcium signaling within cells, particularly in cardiac myocytes (heart muscle cells) and neurons. In cultured cells that have properties related to heart tissue, Scarlata has found that mechanical stimuli (for example the stretching and relaxing of the muscle cells) cause changes in the release of G proteins from the cell membrane which can, in turn, cause wavelike changes in the concentration of calcium in the cell interior. The movement of calcium in and out of the cell interior plays a role in the contraction of the heart muscle and the transmission of signals along neurons.

She recently discovered that a molecule involved in the activation of G proteins also interacts with a molecule involved in RNA silencing, which can be used by cells to turn off genes and prevent them from expressing certain proteins. She believes this link suggests that the cardiac myocytes are able to use RNA silencing to quickly respond to environmentally induced changes in calcium concentration by regulating the production of G proteins. Maladaptive changes in this system may be responsible for some of the damaging effects of cardiac infarctions, or heart attacks, she said.

Scarlata joined WPI from Stony Brook University on Long Island, where she had been on the faculty since 1991, most recently as a professor in the Department of Physiology and Biophysics. She had previously been an assistant professor in the Department of Medicine at Cornell University Medical College and a member of the technical staff at AT&T Bell Laboratories. She received a BA in chemistry from Temple University and a PhD in physical chemistry from the University of Illinois, Urbana-Champaign. She is currently associate editor of the Journal of Bioenergetics and Biomembranes and has served as a member of the editorial boards of BBA Biomembranes (2009–16),Analytical Biochemistry (2002–15), and the Journal of Biological Chemistry (2004–09). From 2001 to 2004, she was an American Heart Association Established Investigator.

The Whitcomb Professorship was established at WPI through a bequest from Richard T. Whitcomb'43, a pioneer in aerodynamics. In 1951 he developed the Transonic Area Rule, which made faster-than-sound flight practical. He also invented the supercritical wing and winglets, which have resulted in large cost savings in military and commercial aviation. Whitcomb is a member of the National Aviation Hall of Fame and the National Inventors Hall of Fame, and his work was recognized with the National Medal of Science and the Collier Trophy, aviation's highest honor. Upon his death in 2009, NASA called Whitcomb “the most significant aerodynamic contributor of the second half of the 20th century."

When interviewed for WPI's alumni magazine in 2002, Whitcomb said he advised young people not to go into aeronautics, which he said had become a mature field. "If I were to start today," he said, "I'd go into the life sciences; that's where the big stuff is happening." As part of his bequest to WPI, he asked that his gift be used to support professors whose research "must involve the biochemistry of animals, including humans.”