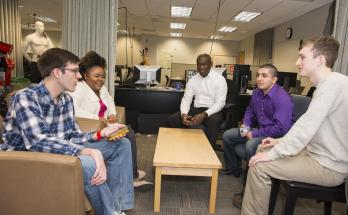 The opioid crisis is a daily, often deadly, headline across the country. The most recent research shows 2.5 million people in the United States are addicted to heroin or other opioids, a 50-percent jump over 10 years. Some 30,000 will die this year from an overdose, and the trend line continues to rise.

To aid people struggling to kick the opioid habit, a collaborative research team at WPI, Brown University, and Boston University has received a two-year grant from the National Institutes of Health to develop and test a smartphone application they hope will help patients stay on their treatment plan. 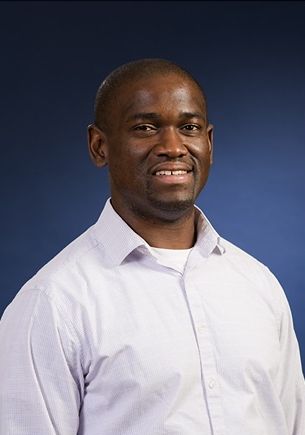 “Opioid addiction is devastating; it crosses all societal lines, and most people who try to quit relapse,” says Emmanuel Agu, associate professor of computer science. “So the idea is that by giving people who are in treatment immediate access to resources on their smartphones, they will be less likely to relapse.”

In this effort Agu is collaborating with Ana Abrantes, associate professor of psychiatry and human behavior at Brown and associate director of behavioral medicine and addictions research at Butler Hospital in Providence, and Michael Stein, MD, formerly of Brown, who in July became department chair of Health Law, Policy & Management at Boston University’s School of Public Health. Abrantes and Stein are experts in the science and treatment of opioid addictions, while Agu focuses on mobile computing, computer graphics, and the development of smartphone applications that improve healthcare delivery.

In the new project, the team will build an app to support patients taking buprenorphine, which, like methadone, is a transitional medication prescribed to help ease the painful withdrawal symptoms of opioid detoxification. Approximately 1.5 million people in the United States seek treatment annually for heroin and other opioid addictions and more are opting for buprenorphine because it has fewer side effects, is longer lasting, and can be dispensed by their primary care physician so patients don’t have to make daily visits to a methadone clinic.

“People don’t want to stay on buprenorphine forever,” Agu says. “They want to be drug free, but there are significant withdrawal side effects with buprenorphine, too, so many get discouraged and relapse.”

Currently named “OFFBup,” the app will have several features designed to assist patients 24–7, so they have support outside their counseling sessions. For example, the app will display a timeline marking specific withdrawal symptoms patients can expect and when they are likely to arise as they wean off the medication. “Research has shown that if people know what to expect before they start feeling a symptom, then they are better able to handle it,” Agu says.

To deal with the anxiety associated with detoxification, the app will have a collection of guided meditations, deep breathing and muscle relaxation exercises, and other instructional audio/video elements that the patient can access on demand.

Drawing strength from the experience of others often helps patients stay on track, so the app will have a “private forum” for patients to post their thoughts and experiences or ask questions of others who are in treatment or have successfully detoxed from buprenorphine. The app will also have a tracking tool, so people can visualize their progress and be praised for reaching milestones.

“We appreciate the NIH’s support for this project," says Agu, "and our goal is to have the application developed in the first year, then begin a pilot test with patients at Butler Hospital in the second year.”

OFFBup is the latest smartphone application project for Agu, who was part of the WPI team that developed the “Sugar” app for people with Type 2 diabetes. He is also working on several weight-loss projects and an app to help people with alcohol dependence.