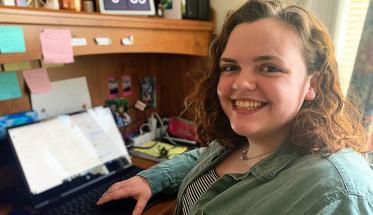 Emilia Perez considers herself a positive person, but when the WPI junior learned in March that her long-anticipated spring trip to India for an Interactive Qualifying Project (IQP) had been cancelled along with all university travel because of the COVID-19 pandemic, she felt a loss.

“India is just so wildly different from the culture here,” said Perez, an environmental engineering major who had been scheduled to study ecotourism opportunities in India. “I’ve never been to Asia, never been to India. Of course, I can go another time. But the project aspect of it—meeting people and interviewing people—I am very aware that I have lost that experience.”

She’s not the only one. About 280 WPI students and their advisers who had been scheduled to depart for offshore projects centers in early March were instead told to scuttle their plans as public health authorities raised alarms about a novel coronavirus spreading worldwide. Then as the student teams regrouped to work on campus, WPI—along with universities across the country—closed nearly all campus operations.

Now, teams that would have been in South America, Europe, Africa, and Asia are scattered to their homes, working remotely. Some teams have adjusted their projects to move forward with few changes. Other teams have abandoned projects and adopted new ones. And some teams have disbanded and regrouped with other members to work on new projects.

Ingrid Shockey, director of the India Project Center, who had planned to accompany 22 students to the Himalayan foothills community of Mandi, feared students unable to travel would feel despondent. Instead, she said, she’s seeing something else: students demonstrating flexibility and resiliency.

“They’re interested in what’s possible,” Shockey said. “We’re at the point now, instead of saying, ‘What have we lost?’ we’re saying, ‘What can we still do?’ ” 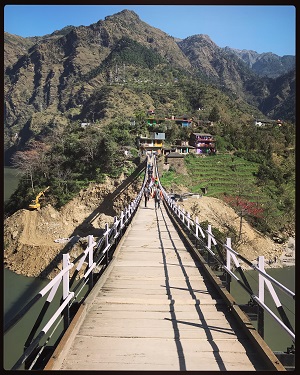 Project-based learning is the cornerstone of a WPI education, and for many WPI undergraduates, junior-year travel to a foreign project center for an IQP is a highlight of the WPI experience.

The projects are typically designed by WPI global project center directors in collaboration with foreign sponsors—such as universities, government agencies, and nonprofit organizations—and aim to solve a problem at the intersection of science and society. Students express their interests and are assigned to teams.

All students who had been scheduled for spring IQPs had recently completed seven weeks of preparation when they learned they could not go. In the scramble that followed, some students and advisors found ways to carry on with planned projects. 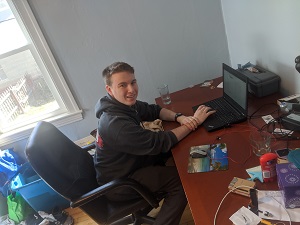 Alex Harrigan, an aerospace engineering major from York, Maine, had been scheduled to go to the Berlin Project Center with a team assigned to assist the Leibniz-Institute of Freshwater Ecology and Inland Fisheries with better integration of open-source software practices. The student team had planned to interview the institute’s staff in person but is now communicating with the German staffers, who are also staying home, through email and video conferences.

“There are going to be technical hiccups with having to deal with that many online interviews, but it’s definitely a relief being able to just continue with a lot of the work we had previously planned,” said Harrigan.

Veronica Gurnawan, a computer science major from Jefferson, New Jersey, had also been scheduled to travel to the Berlin Project Center. Her team lucked out, she said, and went forward with its project to create an app for ORAM, the Organization for Refuge, Asylum, and Migration, that could be used by LGBTQ+ refugees.

Now Gurnawan and her teammates use Jira project management software to collaborate on the work and communicate over another platform, Discord.

“It’s not ideal that we can’t see each other face to face, but we’ve been doing a lot of conferencing, we have a meeting every single morning, and then we check in at the end of the workday,” Gurnawan said. “We have daily goals, and we have weekly goals, and we communicate with our advisor and with our sponsors pretty much every single day. I think this will be a good term.” 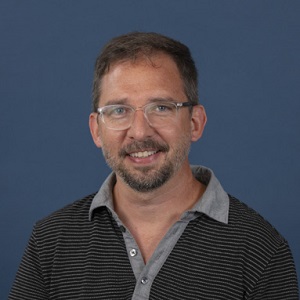 Some faculty members said IQP activities overseas have always required flexibility. Even during the best of times, projects sometimes encounter roadblocks and must be changed.

Global Lab co-director Stephen McCauley, who is also an assistant teaching professor in Interdisciplinary and Global Studies and co-director of the Melbourne Project Center in Australia, said he expects there will be lessons in resilience for IQP teams this term.

“We'll also work with students on fostering initiative and creativity,” McCauley wrote in an email. “The best projects are always ones where students take the project in new directions, and that will be especially welcomed this term.”

Delivering on projects for sponsors remains a key goal of this term’s IQPs, said Sarah Stanlick, assistant professor of Interdisciplinary and Global Studies, who had been scheduled to accompany six student teams to Berlin. In addition, she hopes students learn that the world is moving toward more virtual work. Succeeding with these projects will be an asset for students when they leave WPI and seek jobs, Stanlick said. 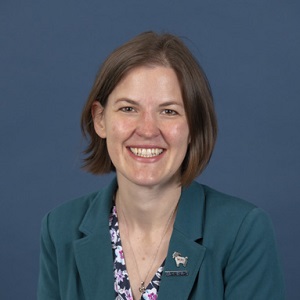 “The students have more capacity to be resilient than they probably realize,” Stanlick said. “Working under an emergency situation and pivoting, that is a great lesson to learn.”

Still, some projects did not go forward as planned because of time differences, limitations at sponsors’ sites, and the inability to conduct in-person interviews. Some students also chose to leave their teams to pursue other IQP options.

Of the five teams that had been scheduled to go to the Paraguay Project Center, three continue to work on projects about waste management, erosion control on the campus of agriculture and vocational school Escuela Agricola, and saving and budgeting among the rural poor in Cerrito.  Groundwork is being done by Paraguayans, although they are sheltering in their homes, too, said Robert Traver, project center director and teaching professor in International and Global Studies. 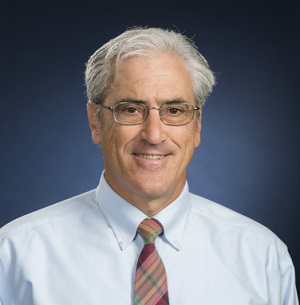 Two teams working on wetlands conservation and scientific problem solving in Paraguay dissolved, and the students scattered to other options.

“Following a little reassignment of the two remaining members of the problem-solving team and a repurposing of the wetland conservation team, a new team was created called the Town of Harvard (MA) Agricultural Practices Climate Resilience Study,” Traver wrote in an email. “That team works with the town of Harvard’s Agricultural Advisory Commission and the town’s Climate Resilience Working Group, a committee formed to develop and execute the town Municipal Vulnerability Preparedness plan (Vulnerability to Climate Change).”

In response to the reconfiguring of teams, history professor Peter Hansen worked with other faculty members to quickly come up with a new theme for students who needed to pivot to something different: collecting, compiling, and analyzing stories from the pandemic. The theme was modeled after Shockey’s previous efforts with students to collect climate change stories from around the world.

Everyone Has a Story About the Pandemic

Perez was among the students who signed on. She and two other students had planned to study ecotourism impacts and opportunities in Mandi, India. When that became untenable, her team disbanded to pursue other projects separately. Perez and one teammate linked up with three new teammates, and the group decided to interview individuals about the pandemic, collect stories, and create an archive. 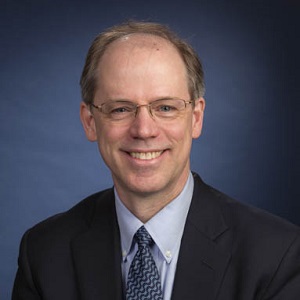 Perez, who connects virtually with her teammates from her Worcester apartment, said she still hopes to weave cross-cultural collaborations into her project and has come to feel that the project has more global connections than the one she originally pursued.

Hansen, who is also director of WPI International and Global Studies and had been scheduled to accompany six student teams to Denmark as an advisor, said he knows it has been tough for students to let go of preparations they had made. But he hopes they will still achieve the goals of the IQP program, which is to work at the intersection of science, technology, and society.

“The thing I always say about WPI students is they’re very smart and they work very hard,” Hansen said. “You can do a lot with people who have those two qualities.”