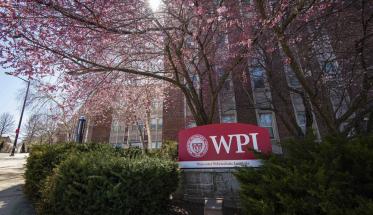 Building on its efforts to promote diversity, equity, and inclusion, Worcester Polytechnic Institute (WPI) has been awarded $276,000 from the Henry Luce Foundation to support women starting their doctoral programs in computer science and physics—two areas in which women are significantly underrepresented. The grant, part of the Clare Boothe Luce (CBL) Program, will fund two graduate fellowships per year for two years. According to the CBL program, supporting PhD students at the beginning of their graduate studies is critical as funds for independent research are rarely available.

“Clare Boothe Luce was a pioneer in promoting women in STEM, and we are honored to receive this funding,” said Jean King, Peterson Family Dean of the School of Arts and Sciences. “Supporting this effort at WPI shows we are a university that continues to be a vibrant academic and research environment with a campus culture that says that women can and do belong in STEM, and we are committed to specific initiatives offered to promote the success of women graduate students.”

The women selected as Luce Fellows will also receive a unique model of mentorship. By connecting with a community of accomplished female faculty in the fields of computer science and physics, mentors will help facilitate each student’s individual academic and professional success. In addition, Fellows will also become part of a wider cohort of scholars, including WPI Presidential Scholars, offering opportunities for professional development and networking.

Topics
Awards
|
Women In STEM
|
Women's Impact Network
DEPARTMENT(S)
Physics
|
Computer Science
|
Graduate & Professional Studies
|
School of Arts & Sciences
PROFILE(S)
Jean Adelina King
We are a university that continues to be a vibrant academic and research environment with a campus culture that says that women can and do belong in STEM.

Since its initial grants in 1989, the CBL Program has become one of the single most significant sources of private support for women in science, mathematics, and engineering in the United States. WPI first received funding from the program in 2016 when it was awarded $204,000 to promote research by undergraduate women in math, computer science, physics, and robotics engineering, funding eight research scholars per year over a three-year period. The success of the undergraduate program and recent funding for graduate scholars reflects WPI’s commitment to being a campus that values all voices and that embraces diversity, providing a welcoming community for women in the sciences and engineering. WPI offers a variety of initiatives aimed at recruitment, retention, and career development for female graduate students including the Women’s Impact Network as well as various Innovative and Inclusion Community initiatives which are a priority of the Beyond These Towers Campaign.

Luce, the widow of Henry R. Luce, (American magazine magnate who launched Time, LIFE, Fortune and Sports Illustrated) was a playwright, journalist, U.S. Ambassador to Italy, and the first woman elected to Congress from Connecticut. In her bequest establishing this program, she sought “to encourage women to enter, study, graduate, and teach” in science, mathematics, and engineering. https://www.hluce.org/programs/clare-boothe-luce-program/.

About the Henry Luce Foundation