A team of undergraduate students working with WPI researcher Berk Calli have developed robotic technology to help humans with the dirty and hazardous job of sorting waste at recycling centers.

The robot can detect and pick up cardboard as it moves along a conveyor belt carrying a mixture of bottles, plastic containers, and other objects that are commonly recycled, says Calli, assistant professor in the Department of Robotics Engineering. The students created a dataset, developed a waste detection algorithm, programmed the robot, and worked on an interface that allows humans to oversee the robot’s work, according to Calli.

Although still in the early stages of development, the robotic innovations at WPI could lead to technologies that could be deployed to recycling facilities to improve conditions for workers who sort mixed recyclables by hand.

“The waste sorting process for recycling is very challenging and much less efficient than desired,” says Calli, who is leading a $2.5 million project funded by the National Science Foundation to transform recycling sorting with robotics. “Robots have a great potential to help address the problems in the waste sorting industry and increase recycling rates.” 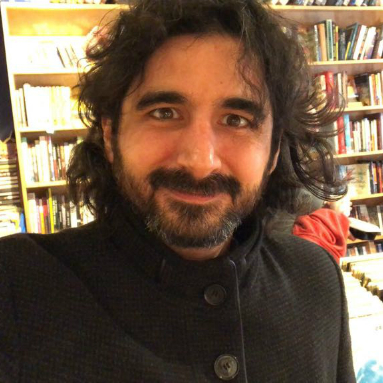 Berk's research primarily focuses on problems related to robotic manipulation, which is a key functionality largely missing from the current state of the art in robotics for unstructured environments, including homes, modern warehouses, and collaborative manufacturing stations. He develops multi-modal robotic manipulation strategies mainly focusing on the role of vision feedback for coping with uncertainties of unstructured environments.