Connecting the dots between you and the music 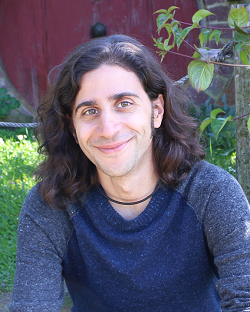 VJ Manzo, assistant professor, HUA, has been awarded a $7,000 grant from the Kirby Foundation for a project called Ziplogger, which examines the communication efforts among musicians, fans, and performance venues with music merchants. The integrated system will connect each party by using a mobile app.

In his proposal for the project, Manzo stated that the app will use GPS-location services and ZIP code entry as a means of informing the aforementioned users of each other’s location. “Users may then interact with each other by attending concert venues, discovering new local musicians, and engaging with local music merchants.”

Offering some background and where Ziplogger fits in, Manzo noted that, traditionally, communication efforts between artists and fans required external companies to deliver the live and recorded media direct to the audience. “These third parties are composed of radio stations, Internet music stores, brick-and-mortar music stores, and other promotional and marketing corporations,” he says. “Through emerging mobile technology and the increased popularity of streaming content services like Spotify and SoundCloud, as well as social networking trends like Facebook and Twitter, the communication between fans and artists has become more direct.”

In regard to Ziplogger’s function, Manzo says that in practice, the user will launch the app and have his or her GPS location identified. “If the user’s location services are unavailable, the app will prompt the user to enter a ZIP code. The app will then populate four lists across four tabs that read ‘Artists,’ ‘Fans,’ ‘Venues,’ and ‘Stores.’

In his proposed timeline for the app’s development, Manzo says it will be completed on or before December 2015. “The respective companies determine the timeline for availability in the Android Market and Apple App Store,” he says. 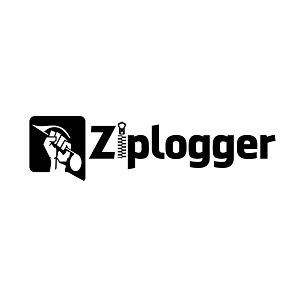 “This is a grant I received by knowing the sponsor, the Kirby Foundation—namely the founder and documentary filmmaker Scott Kirby,” Manzo says. “We share some common interests regarding music. I volunteered as an expert consultant for a documentary he just released, called Music Matters.”

Kirby was on campus in December to premiere the film at WPI. The director also held a meet-and-greet session and fielded questions from students. “I’ve known the Kirby Foundation for about a year now,” Manzo says. “Scott Kirby has a passion for seeing the music industry help foster talented independent artists. In addition to the documentary, the Kirby Foundation has a few public awareness projects related to the music industry and artist rights. The Kirby Foundation became interested in my research related to interactive music technology for education. They invited me to devise a project that helps connect local artists directly with fans, venues, and music merchants.”

Manzo says he’s been working on the Ziplogger project with computer science student Zhaokun Xue. “He’s a talented young man with interests in both music and web applications. The web app is being built, and will be deployed to the iOS App store in the next few months. The Kirby Foundation and their other music-related projects will also feature the app in their efforts to connect artists with fans, and leverage the success of independent artists. After the app is deployed, we will survey the experiences of fans and artists while using this technology.”

In terms of a rollout date, Manzo says, “We expect the app to be available for initial testing the next few months with presence on the iOS App Store shortly thereafter.” When asked if the Ziplogger will have any commercial applications that could be marketed, Manzo says, “The Kirby Foundation is a nonprofit interested in—in their own words—‘Making the world a better place.’ To them, that includes efforts like this that help spread independent talent in ways that are different from mainstream record label marketing. To that end, the Kirby Foundation is not interested in selling this technology and has even agreed to open the source so that similar systems can be used to promote independent authors, publishers, and other fields.”