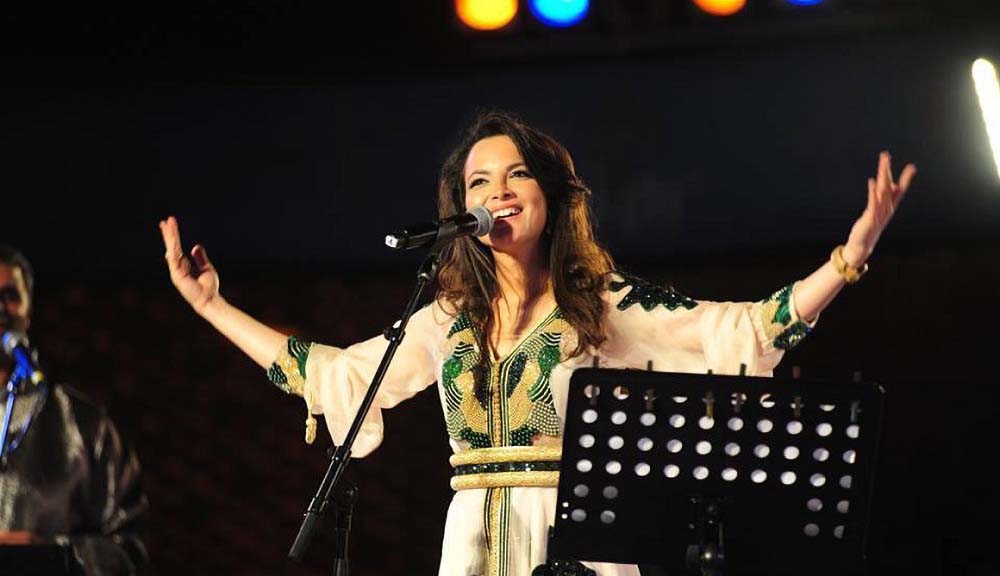 Breaking Down Borders Through Music

When Ramzi Aburedwan speaks about his own musical journey that took root in a Palestinian refugee camp at Al Amari, he proclaims, “Each artist is a dreamer, or should be. Borders have been created by human beings. But through music we can dream, break down these borders. In music, I feel completely free … I can travel with the sounds wherever I want.”

Aburedwan is the founder of the revolutionary school Al Kamandjati in France, and is a catalyst for bringing music to Palestinian children who would otherwise never know how to play it, and music to ears that otherwise may never hear it.

And in the U.S., WPI’s Director of Music Douglas Weeks is the conduit for making us aware of Aburedwan, who will return to campus to perform.

For the last five summers, Weeks has trekked to Ramallah, Palestine (the West Bank), to volunteer at Al Kamandjati, where he mentors, teaches, and performs with students.

“Most recently, I worked with them and did four performances of Beethoven’s 9th Symphony in Jerusalem, Bethlehem, Ramallah, and Nablus during the summer of 2018,” says Weeks. “Students range from young up through college age and are generally from refugee camps.” 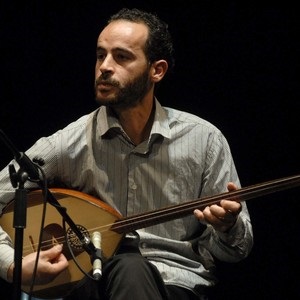 Aburedwan was born in Bethlehem in 1979 and grew up in the Al Amari refugee camp, where during the Palestinian uprising he randomly became the face of the children’s rage and frustration. A photographer had snapped a photo of the then 8-year-old boy with tears in his eyes as children threw and hurled stones. It was also by chance that in 1997, a group of traveling musicians intent on bringing music to those with less access visited and performed at the refugee camp.

To Aburedwan, that visit was a true calling. He joined the Edward-Said National Conservatory of Music and received a scholarship to learn to play the viola in France, where he also received his music diplomas.

He wanted to bring to other Palestinian children the same opportunity he had, and in 2002 created Al Kamandjati Association, which turned into a nonprofit organization that manages several conservatories in Palestine and Palestinian refugee camps.

“Ramzi designed the school to help provide positive experiences and education in the arts for students living in these conditions,” says Weeks.

The nonprofit also establishes programs in schools, organizes events and festivals, and develops locally based orchestras and ensembles. Aburedwan, both a violist and bouzouki player, is the founder and director of several international traveling ensembles, including Dal’Ouna.

Several years ago, Weeks brought Aburdewan to WPI to perform, along with journalist Sandy Tolan, who documented Aburdewan’s work in her book, Children of the Stone.

“Ramzi chose to leave a successful music career in Europe to return to Palestine and ‘give back’ his skills and leadership to young people there,” explains Weeks. “I observed in 2010, the first time I went there, that in his own quiet way he was making a difference in the lives of the young people, something that I think most of us involved in music education aspire to do. Importantly, he was doing it through the arts and music-making.”

Aburedwan is returning as part of a U.S. tour, performing a free concert with Dal'Ouna Ensemble on Tuesday, Sept. 24, at 7 p.m. in Alden Memorial. The ensemble is composed of singers and players from among the faculty of Al Kamandjati and features special guest vocalists Oday Khatib and Nidal Ibourk.

“They perform a style of Middle Eastern and uniquely Palestinian music with which many here in the West would not be familiar,” says Weeks. “It is much different than what we consider to be ‘Western music.’  It’s important for university students to be exposed to other types of art forms and, in the process, hopefully have a better understanding of the situation with Israel and Palestine.”

What: Aburedwan will return to WPI, performing a free concert with Dal'Ouna Ensemble. The ensemble is composed of singers and players from among the faculty of Al Kamandjati and features special guest vocalists Oday Khatib and Nidal Ibourk. This concert is free and open to the public.

Read more on Aburdewan and the school here.