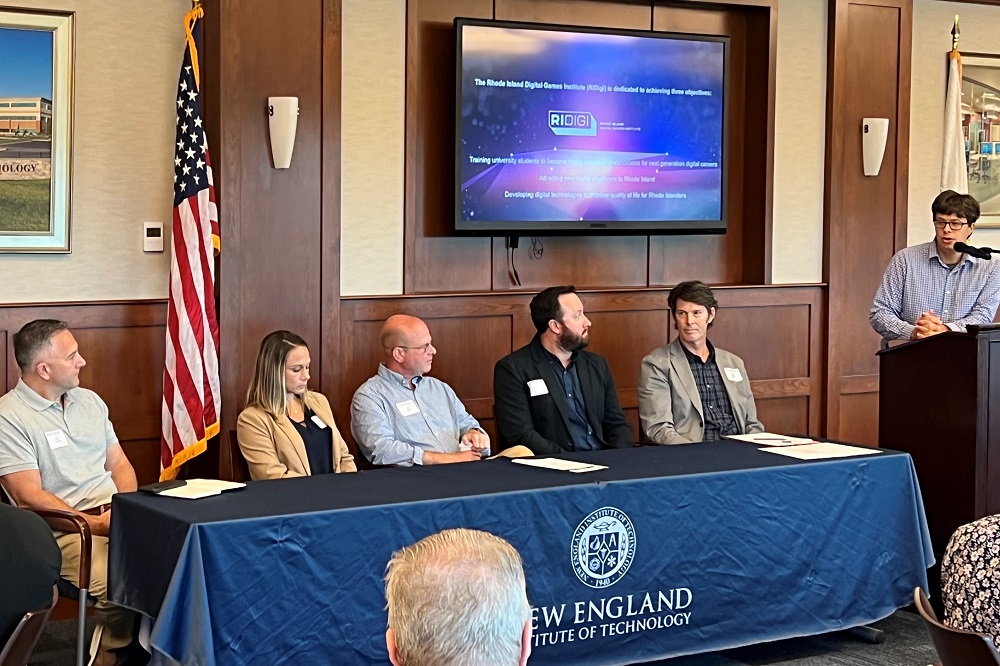 In addition to establishing its long-standing programs and activities, such as Digi Studio and Summer Innovation Program, on the WPI campus, MassDigi has sought new ways to advance the games community in Worcester, across the commonwealth, and beyond.

A key moment in that effort occurred in August when the Rhode Island Digital Games Institute (RIDigi) was launched. Based at the New England Institute of Technology (NEIT) in East Greenwich, RIDigi came about after many months of cooperation among MassDigi, NEIT, game industry leaders, games community organizers, innovation ecosystem stakeholders, and students.

“This is an exciting moment for Rhode Island—exciting for our games community and exciting for NEIT,” says Alan Resnick, vice president for strategic planning at NEIT. “Through RIDigi, we aim to create as much value in Rhode Island as MassDigi has in Massachusetts. MassDigi has a lot it can teach us, and we know we have a lot to share in return.”

Affiliated with MassDigi and in some ways modeled after it, RIDigi will serve as a center for entrepreneurship, academic collaboration, and workforce and economic development across the Ocean State’s games ecosystem.

“When we first started cooperating with colleagues at NEIT, we were impressed by their spirit and drive,” says Tim Loew, executive director of MassDigi at WPI. “It took little time to realize that we had a unique opportunity to do something pretty special together.”

Loew says that ongoing cooperation between MassDigi and RIDigi could lead to joint programming, activities, grant writing, sponsorships, and initiatives.

Like Massachusetts, Rhode Island’s strength in higher education and its lively creative and cultural community are well known. Most important, Rhode Island is home to a vibrant grass-roots game development scene. Campus-based organizations such as the NEIT Game Developers Network and Brown-RISD Game Developers, along with the Rhode Island chapter of the International Game Developers Association, whose members range from independent developers to corporate executives, have nurtured the entrepreneurial, innovative, and creative energy that are the preconditions necessary for success.

“As we all know, the future is digital,” says William Collis, RIDigi Advisory Board chair and a co-founder of Oxygen Esports. “And, games have always been on the cutting edge, making our efforts a key to helping Rhode Island reach new heights.”