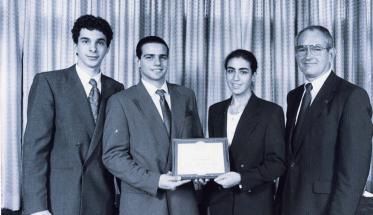 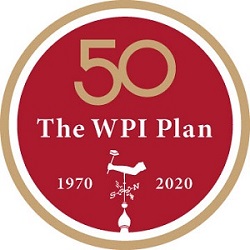 WPI students regularly prove that nothing’s impossible, something that’s been a common theme on campus for decades—but especially since 1970, when the WPI Plan, a radically reinvented curriculum that put project work at the core of the WPI experience, was first established.

As WPI celebrates the 50th anniversary of this groundbreaking shift in education, we’re digging deep into the history of project-based learning through one of the staples of life at WPI: the annual President’s IQP Awards.

Student teams participating in the President’s IQP Awards share not only their work—successes, setbacks, and all—but their passion and experiences at project centers around the world with a panel of judges: the current university president, higher education professionals, members of the media, trustees, and alumni.

This much-anticipated event—rooted in equal parts tradition and innovation—wouldn’t exist if, over 50 years ago, a small group of faculty members hadn’t chased the answer to a simple, “What if…?”

And, frankly, we think that’s more than worth celebrating.

Like most things at WPI, the President’s IQP Awards began with the students. A new focus on project work, a key component of the WPI Plan, had swept across campus. One particular requirement, the junior year Interactive Qualifying Project, where students worked together in interdisciplinary teams to produce solutions to problems rooted at the intersection of science, technology, and society, quickly became a distinctive part of the new curriculum.

And that’s putting it mildly: WPI’s first off-campus project center opened in the summer of 1971 at the U.S. Army Natick Labs. The Washington, D.C., Project Center (the first center independent of specific sponsors) followed in 1974, and by the late '70s, was running three terms a year to accommodate student interest in going away to do a project—which, as it turns out, is only part of the experience.

“No matter where they were, students who were away doing projects always wanted to bring their work back and show off what they were doing,” says interim dean of the Interdisciplinary and Global Studies Division Kent Rissmiller.

Enter the President’s IQP Awards. Established in 1978 by then-president George W. Hazzard, the event gives students the opportunity to be recognized for their work and commitment to solving problems locally and around the world. 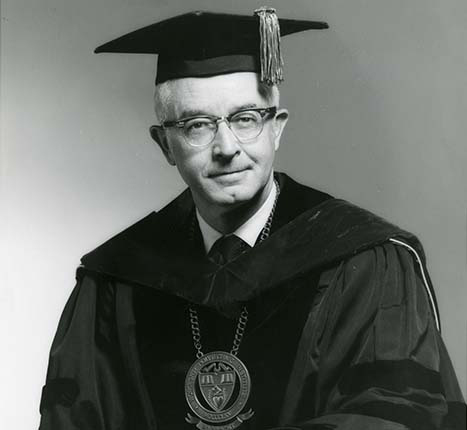 “These awards and projects have built such a strong foundation at this institution,” President Laurie Leshin said in her opening remarks at this year’s ceremony, which she described as particularly special due to the upcoming anniversary of the WPI Plan. “We take the work we’re doing in real communities to the next level through projects as we integrate evermore our great technological, engineering, and scientific work with the needs of people and communities worldwide.”

While the awards stemmed from the focus on project work in the newly instated WPI Plan, the specifics themselves are rooted in tradition. According to Rissmiller—who, along with IGSD director of human subjects research and academic programs Ruth McKeogh, has also served as the event’s organizer and host for the past 14 years—not much of the logistics have changed over the years. It has always involved the president, a group of faculty members who screen submissions, and a panel of judges, but, most notably, it has hinged on students’ pride in their work.

“They’re not nominated by faculty,” Rissmiller says of the students, who submit their own project proposals for consideration. “They’re promoting their own work.”

That crucial element is tangible in each team, as year after year five finalists take to the stage to present projects on topics ranging from an app that provides listings of mental health resources and support events for the Worcester community (this year’s winner) to reducing flood risks in Albania and developing interactive museum exhibits in New Mexico. 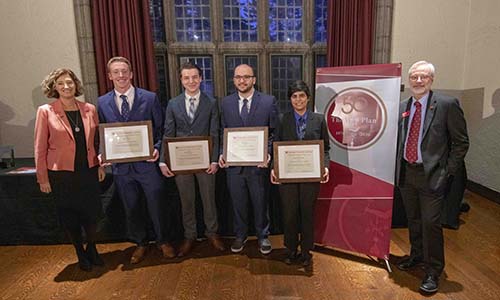 While the judges are responsible for choosing the winning team, they’re far from the only audience for these presentations—a fitting example of the strong, supportive campus community that students come to know and love during their time at WPI. It's an event where friends meet families who meet professors and advisors‑—all of whom are there to support the students and celebrate their work.

A highlight of the event for Natasha Honcharik ’20, who was part of the winning team, was seeing the team’s project sponsor cheering them on in the audience. “We loved getting to talk with our sponsor again,” they say. “We got to catch up on what’s been going on—most recently with our app—and even offer some advice about the expansion process.”

For first-time judge Terry Rhodes, vice president of the Office of Quality, Curriculum, and Assessment at the American Association of Colleges and Universities, seeing that initiative and passion in the student teams was striking. His favorite part of being a judge was having the opportunity to read the students’ materials and then hear them talk about it in their own words.

“It was clear in reading their reports how much they put into it and what they had learned,” he explained during this year’s reception, “but then hearing it for yourself, seeing it in their own expressions, it was just … I wish every student at every institution could experience this during their education in some way.”

Project scopes and focuses have evolved over the years, just like the needs and urgencies of the times, something Rissmiller touched upon in his opening remarks during this year’s presentations. What remains timeless, though, is that WPI students will always find a way—to connect with people, to find solutions, to make a difference.

“At the time, the authors of the WPI Plan weren’t relying on a lot of educational research,” Rissmiller continued. “They were relying on their good judgment, as it were, about what made impactful learning experiences for students. Since then … we’ve realized and come to see that what WPI set forth 50 years ago has really been a path toward excellence in higher education, transformative experiences for our students, and a terrific benefit for the people we work with all around the world.”

Editor’s Note: This story has been updated with a post-script at the end of the article. It was originally published on Feb. 26, 2020.

In 2020, WPI is observing the semicentennial of the WPI Plan, the groundbreaking project-based curriculum crafted by the Faculty Planning Committee, in collaboration with the WPI community, and approved by a supermajority of the faculty on May 29, 1970. Throughout the year, look for stories about the history of the Plan, the people behind its creation and continual evolution, and the impact the program has had—and continues to have—here at WPI and far beyond this campus.

The Stigma Free Worcester app created by the winners of the 2019 President’s Award was adopted by the City of Worcester and is available for download on Apple and Android devices, connecting users to hundreds of social services, said Thomas Balistrieri, assistant teaching professor and advisor to the team. About 100 people use the app each week, and the student team remains involved with city officials to keep the app running. In gratitude for their work, the City of Worcester awarded the student team a Key to the City.