During each D-Term, WPI’s theatre group Masque treats the campus and local communities to New Voices, the longest-running collegiate new and original play festival in the nation. Plays were previously unpublished and unproduced, written by all members of the WPI community­--students, faculty, staff, and alumni, with a more recent focus on producing plays written by current students.

This year, however, Masque will put New Voices on hold in order to perform The Showcase: A Reflection on LGBTQ+ Acceptance and Inclusion at WPI as Told Through Previously Produced New Voices. 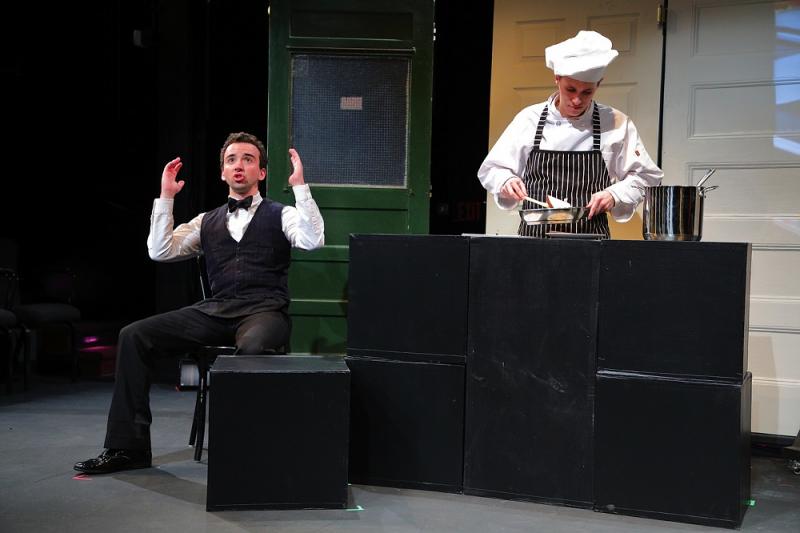 Student actors rehearsing a scene from The
Showcase, which begins performances tomorrow.

Made up of excerpts from or full versions of over 20 past New Voices productions, The Showcase began as a stage reading that then evolved into a production, and aims to celebrate the inclusivity of WPI’s campus. Most plays were written by alumni, but two were written by current students, and one was a collaboration between a current student and faculty member. The idea for the production came from Susan Vick, director of theatre at WPI and founder of New Voices.

The Showcase has been in the making for over a term. Dramaturgs Katelyne Sibley (who penned one of the plays being performed) and Holly Gagnon worked with alumnus Paul Messier to start the process of reading past New Voices plays—all 431 of them—back in B-Term 2016. searching for works that featured LGBTQ+ themes, exhibited gender-based stereotypes, or incorporated general themes of inclusivity that could potentially be arranged into a cohesive arc for the show. “The script is ever-changing,” Gagnon says. “We are still tweaking the script here and there to make it as true to our intentions as possible.”

According to director of directors Shannon Healey, The Showcase couldn’t be happening at a more appropriate time. “This is a scary time for a lot of people, regardless of their gender, age, race, religion, and sexual orientation,” she says. “WPI, especially the theatre community, is a supportive community that provides a forum where people can come from different cultures and backgrounds and discuss different ideas through an art form in a safe environment. [The Showcase] is a celebration of WPI as a whole and what makes us a great community socially and culturally.” 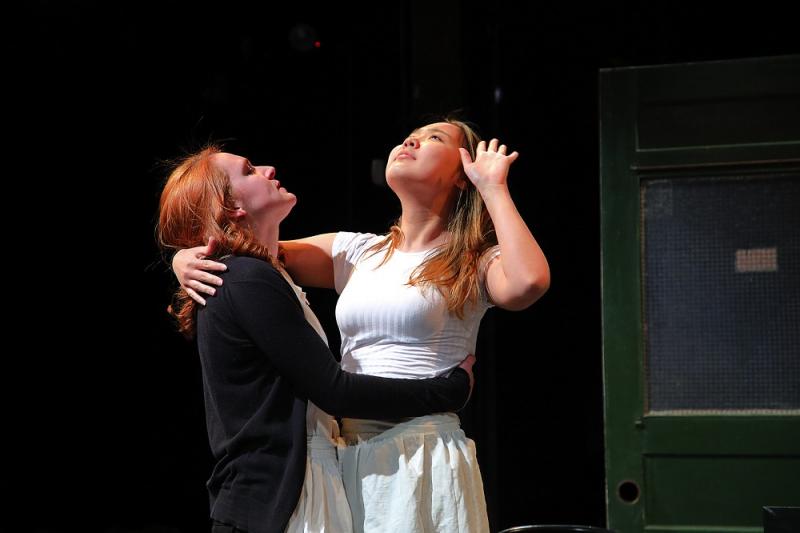 Healey goes on to explain that in New Voices, there’s one director per show (making for five or six directors total), who don’t collaborate on their directorial styles or visions. Similarly, The Showcase has a director for every act, but instead of working independently, they were encouraged to meet up and discuss costumes, props, and other scenic elements to try and make the show feel more connected. As the director of directors, Healey works to facilitate the discussions and ensure that everything will run smoothly on the technical side of the production.

Healey, Gagnon, and Sibley recognize the importance and impact of their work and the work of their peers, and hope that The Showcase will make viewers think about how the stories relate to their own lives while stressing inclusivity and acceptance.

“Theatre is an amazing platform for artists to tell it like it is and voice opinions,” Sibley says. “I like to think that through this work, we are trying to normalize being different instead of thinking about normal as meaning everyone is the same.”

The Showcase will be performed April 13–15 at the Little Theatre. Tickets are free, and reservations can be made through the Reservation Kiosk website.