The Show Must Go On

It’s no surprise that WPI students are a community of doers, but what they do isn’t necessarily limited to work in the lab. It can also stretch onto the stage, because while theatre at a tech school might seem like an oxymoron, WPI’s thriving theatre scene says differently. The theatre groups on campus are made up of students from a wide array of majors who work together to write the next big play, work behind the scenes to get lighting or scenery just right, or pour their hearts out onstage to make viewers clutch at their own.

Three students involved in Masque, WPI’s main theatre group, took some time from rehearsals and directing to answer the question on everyone’s mind: “What’s it like being a theatre kid at a tech school?”

Theatre at WPI has given Shannon (pictured above center) “a welcoming community, friends, family—and most important, a home away from home.” She’s been acting in theatre since she was in middle and high school, then branched out into the technical and management aspects upon arriving at WPI. “A lot of the other students who do theatre have so much more technical knowledge in lighting, sound, and [scenery], and it’s always incredible to see what they can come up with,” she says. Over the course of her time as a student, She has served as Masque’s secretary, vice president of publicity, and president; she has explored graphic design, costume coordinating, producing, writing, dramaturgy, stage management, and directing. Although she will graduate next month, she says, “Being a theatre kid at WPI has been amazing, and I wouldn’t trade it for any other extracurricular.”

Holly (pictured above left) has jumped into WPI theatre with both feet, taking on several different roles over the course of her first two years on campus. In addition to working as a dramaturg for D-Term’s 2017 production, The Showcase, she has been responsible for theatrical lighting and stage management. She also works in the Drama/Theatre office as interim resource librarian and serves as vice president of publicity for Masque. “It’s the best,” she says, when asked about participating in theatre on campus. “I’m so grateful to be part of our theatre community and the WPI community as a whole.”

Katelyne (pictured above right) has been participating in theatre since middle school, and is a firm believer in the incredibly valuable role humanities and arts has in shaping the world, and wouldn’t trade her experience in theatre at WPI for anything. “It’s one of the most valuable experiences I have ever had,” she says. “I tell people often that I truly believe I’ve gained more life experience working on shows than I have in any other setting.” While her favorite position so far has been production management, she has also acted in several shows, written one of her own, managed stage and production, dramaturged, and coordinated props, costumes, and publicity. 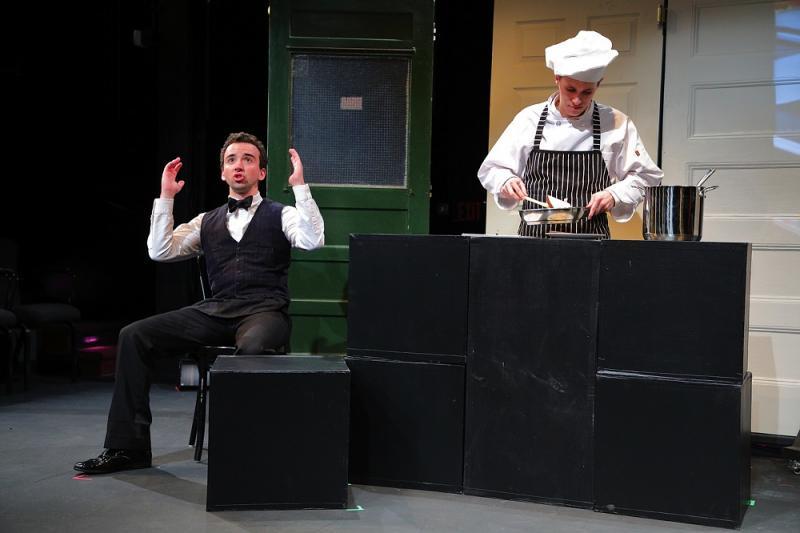