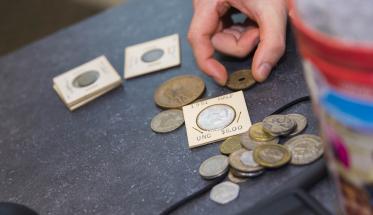 Remember when Lin-Manuel Miranda first took over the world with Hamilton, creating a whole new generation of historians and appreciators of the U.S. Treasury and currency everywhere?

Justin Harris ’18 was into coins long before Miranda set the first Secretary of the Treasury’s story to music, and he’s now sharing that passion with others through the Coin & Currency Club.

“I’ve been collecting coins since I was about ten years old,” says Harris, who began his collection with a coin map that could display the 50 different state quarters. He also worked as a bank teller for a few years; it was then that he began to understand just how many denominations of currency there were to collect.

After realizing about halfway through his college career that WPI didn’t have a club with a similar coin-appreciation foundation, he took it upon himself to create one, and has been sharing his passion with other students since 2016. The club’s membership currently sits at 10 to 15 students.

“It’s really developing into what I had hoped would be a good opportunity for students with this specific interest,” he says.

“[Expanding my collection] will take a long time, but that’s the beauty of it—my passion will be interesting and relevant over the course of my entire life.” -Justin Harris

One of Harris’s favorite parts of the club is the fact that although he is its founder, it’s undoubtedly a group effort. “At our last meeting, some students said we could do more with crafts and make our own coin design, something I had never thought of when I created the club,” he explains.

He and the other club members have also begun planning coin swaps, something Harris had hoped to achieve when he first began drafting the idea for Coin & Currency. In the future, he says the club plans to continue its tradition of taking field trips to flea markets to search for more coins, as well as organize themed meetings (how coins and currency relate to automation, how art affects the designs of coins), and “Coin and Currency Olympics” competitions.

“The logistics of these meetings have yet to be worked out,” Harris says, “but I’m certainly excited in organizing their implementation.”

Students who are interested in learning more about coins and currency from around the world are encouraged to email the club for information on its next meeting. Newcomers are especially welcome; attending a meeting or two might just spark a lifelong passion project like it did for Harris, who is still working to grow his collection.

“[Expanding my collection] will take a long time, but that’s the beauty of it—my passion will be interesting and relevant over the course of my entire life.” 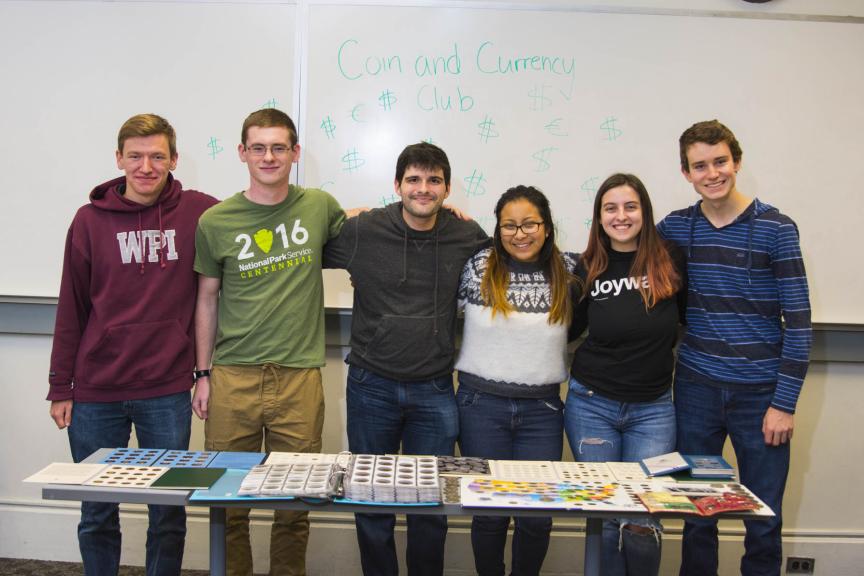 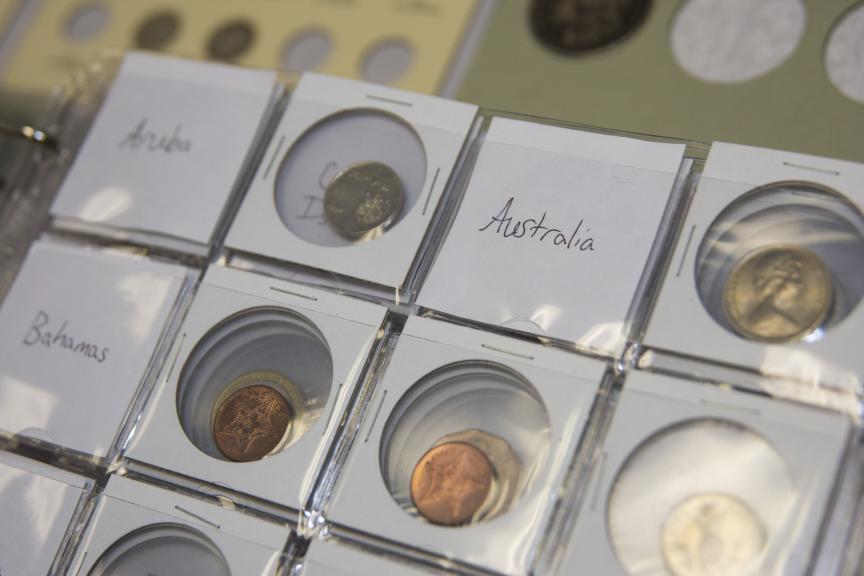 Club members have the chance to show off their collections of currency from around the world. 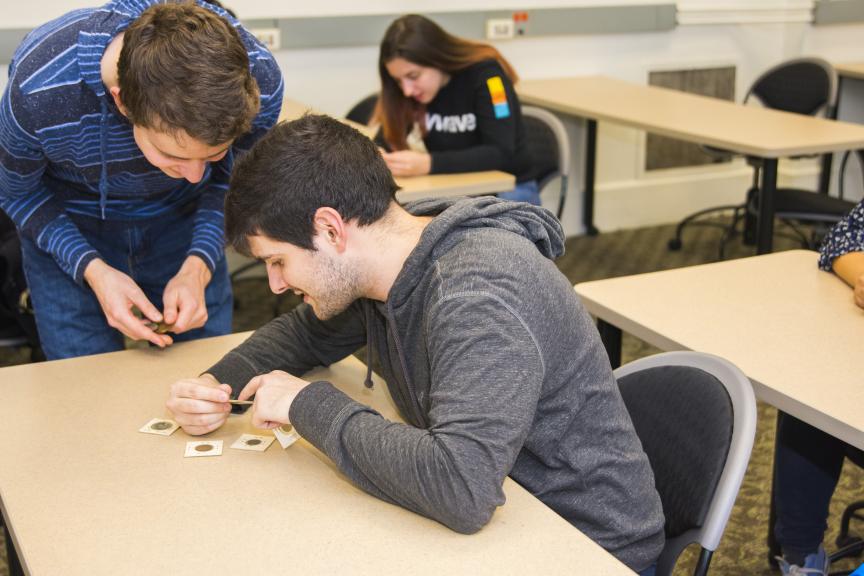 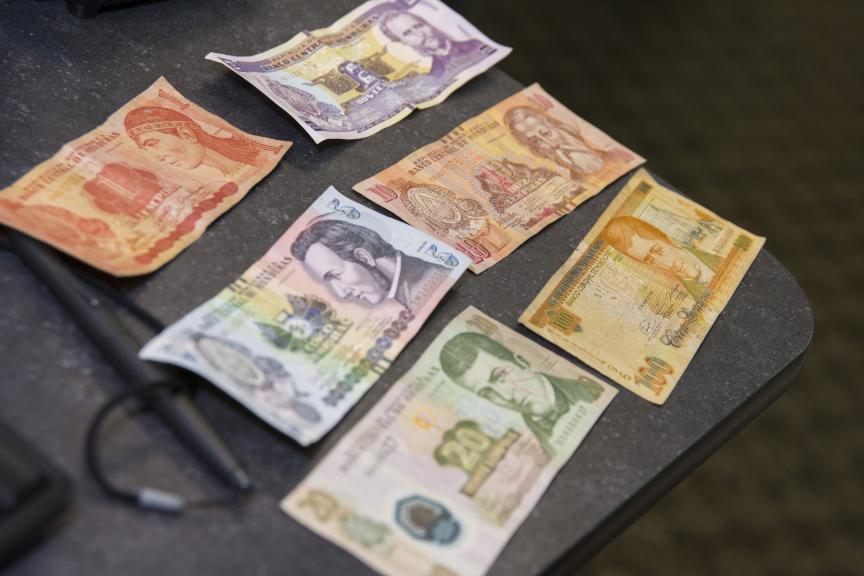 A sample of some of the currency in students' collections.

This is the seventh of the "WPI's Got What?" series, highlighting the variety of clubs and organizations at WPI. Check out other clubs that have been profiled: