Ask any researcher about their work, and you’ll likely get a robust and detailed answer—even if you don’t always understand it. But when researchers apply for funding, the expert panel that decides who receives funds needs to know just this:

Why should they fund this researcher for this project over everyone else?

This specific and focused answer doesn’t come easily, but millions of dollars can ride on getting it right.

At WPI, the newly formed Value Creation Initiative (VCI) conducts forums to help faculty members more rapidly and effectively develop individual and team-based proposals. The forums use feedback, iteration, and the application of core value creation concepts to answer the most important questions and increase the chances of winning highly competitive funding.

Value creation isn’t a new term, but implementing it requires breaking old patterns and habits, and that’s not easy. For WPI’s faculty members, the iterative process requires thought, effort, a flair for storytelling, and the grit to answer basic questions in a compelling way. Throughout the process, a steady feedback loop is a vital feature as it engages the entire forum group and brings critical elements to light.

A Program Led by Proven Value Creators and Innovators

For faculty members seeking research funding, presenting their work in a way that’s informative and relatable is essential, but not always intuitive, says Ellen Piccioli, director of manufacturing innovation. “These forums help faculty communicate the value and impact of their research and their related proposals,” she says.

The opportunity to add value creation to both research and development and to student projects brought Curt Carlson ’67 and Len Polizzotto ’70 back to WPI as distinguished executives-in-residence. WPI pioneered project-based education in the 1960s, and Carlson and Polizzotto see adding value creation to the university’s approach to education as the next step. Value creation, says Carlson, is the core responsibility of all professionals and students must master it to be successful over their careers. In addition to WPI’s distinctive project work, students will now learn how to incorporate the value creation process into their projects and other academic work. The goal of student projects is not just to do projects, but to deliver value and solutions that matter to others. “Only WPI has embraced that perspective,” he says. 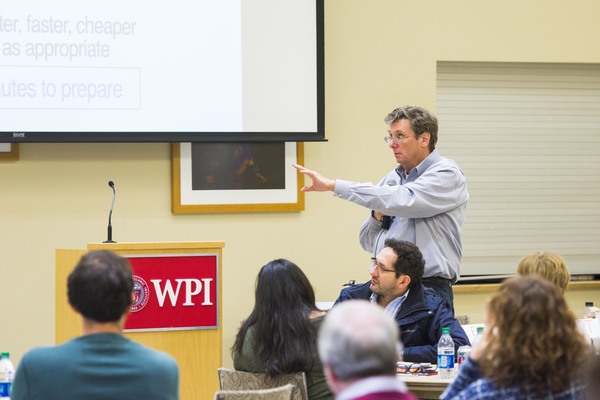 Previously Carlson was CEO of SRI International, an independent, nonprofit research institute in Silicon Valley. The value creation methods Carlson and Polizzotto teach, Innovation for Impact (i4i), were responsible at SRI for creating innovations including HDTV and Siri, which was bought by Steve Jobs for the iPhone. In addition to SRI, the i4i methodology is being used worldwide. Using the NABC (Need, Approach, Benefit/costs, and Competition) value proposition framework, they teach how to address the most fundamental topics required for winning proposals.

Why Feedback Is Critical to Value Creation

The value creation forums follow a concise structure where teams have five minutes to explain their work incorporating the NABC framework using one slide. The objective is to capture the most fundamental concepts in the proposal to be understood and remembered by proposal review teams. Forum participants then offer feedback on strengths they liked, suggestions for improvement, and the perspectives of both end users and funders. Presenters remain silent during the feedback process so they actively listen and absorb the new insights and opportunities offered for strengthening their proposal. All the feedback is positive and supportive—the goal is for all to learn and improve.

“I am grateful to Curt Carlson and Len Polizzotto for bringing their expertise and enthusiasm to these proposal development forums that provide faculty with a framework to best message the value and impact of their research projects,” says Bogdan Vernescu, vice provost for research. “In these forums, the message gets sharper after each iteration, and the group feedback helps identify potential gaps that need to be addressed.”

Carlo Pinciroli, assistant professor of robotics engineering, computer science, and fire protection engineering, was intrigued by the forums. “I think that proposal writing is a muscle I need to develop,” he says. “Especially this format—it’s usually hard to get feedback like this from colleagues.” And instead of running his proposal by people he normally interacts with or those in his department, gathering diverse opinions is especially helpful. “It’s more like a panel,” he says. Polizzotto says the feedback design is intentional. “The feedback is about the content of the presentation, not the presenter,” he says. “It’s about improving your chances of getting the grant and making an impact.”

Feedback is an essential aspect of the value creation process, as it brings in diverse perspectives that help uncover hidden issues and opportunities. The forums are focused on all the elements needed to distinguish a proposal. For example, they include answering questions such as:

•          What is the compelling solution and how is it better than any competing solution?

Despite the potential for feeling challenged when proposals are still incomplete, participants say they were grateful to be able to have a chance to enhance their proposals and refine their approach before sending the proposals. “It’s frustrating when you get feedback too late,” says Pinciroli. “This feedback isn’t frustrating because I can still work on it.”

This process forces you to explain your science to people who don’t know anything about it. It worked well to help us springboard our initial efforts and accelerate them. —Elizabeth Long Lingo

Elizabeth Long Lingo, assistant professor in The Business School, is part of the National Science Foundation (NSF) Advance team that is working on an institutional transformation grant. She says the workshop’s fast pace doesn’t give time for holding back, so ideas, even if they are just barely formed, can grow. “We tend to have ideas perfect before we share them,” she says. “But where there’s a forum, a safe space, where everyone is sharing ideas early and often, and giving and receiving feedback, that’s constructive in the process.” 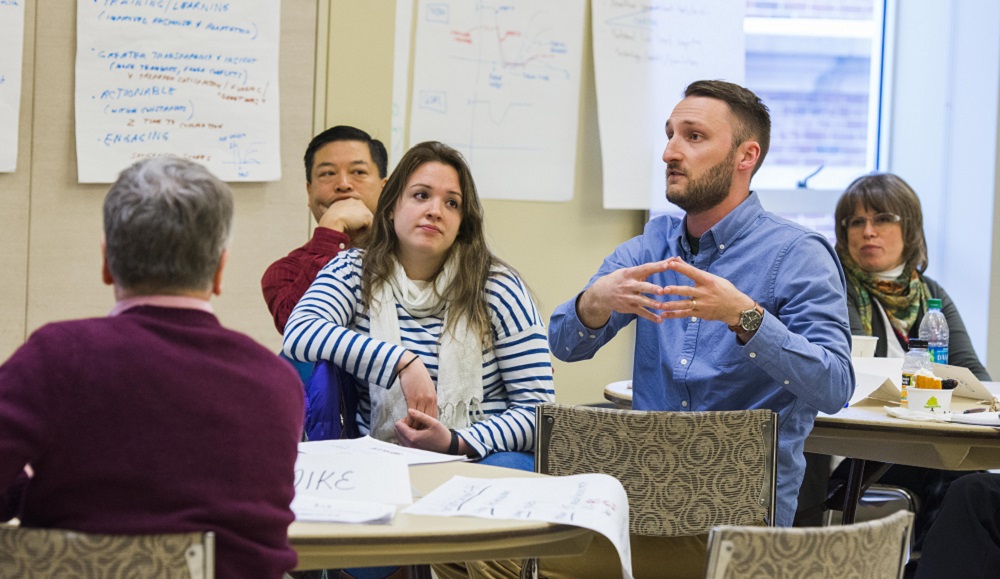 Pinciroli says hearing from others helped him shift his perspective of his own research. “As an early career researcher, it’s usually just your own research you’re doing,” he says. “Even with co-principal investigators, research is a very monastic experience. It is just you.” The very presence of peers and administrators from across campus was, Pinciroli says, a game changer. “You want to impress them,” he says, “and it’s a little scary, because you want to do a good job. And you’re in front of all these people so you can’t slack off. That’s motivating.”

Participants then use feedback to make actionable changes that will make their proposal better.

In the second installment of this series, Answering the Million Dollar Question (Part 2), see how that happens. 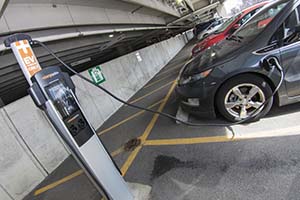 If you are doing a project, you want to make sure it’s a project people care about. Solving a problem that people have—that’s what leads to innovation.