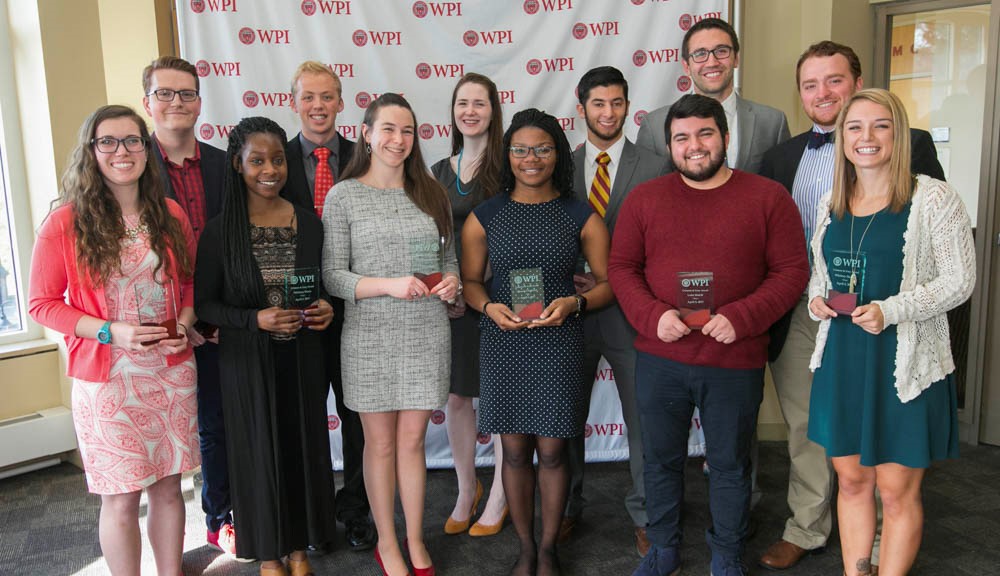 Arthur Heinricher was honored as Advisor of the Year

On April 3, the WPI community came out to honor nearly 50 students and one faculty member who have made significant contributions to life in WPI’s community at the Student Recognition Awards Ceremony.

The awards were presented at the ceremony sponsored by the Division of Student Affairs and Campus Life but with awards coordinated by many departments across WPI. Attendees had the chance to see the magnitude of students’ contributions to WPI and the Worcester community.

“This year was extremely competitive,” says Christine Sharry, director of student activities. “Our students are exceptional.” Nominations from the awards come from many places—some awards allow students to apply for the award (often at the urging of faculty or an advisor) while others, like the Student Employee of the Year Award, are nominated by WPI community members or faculty.

The awards recognize students for both their academic achievements and for the work they do outside the classroom to enrich WPI and the surrounding community, says Sharry. “It’s a great representation,” she says. “These awards honor the care that students have for others and the impact they make on campus in a variety of ways.”

Beyond the awards ceremony recognition highlights, the students have touched the campus in ways that take much longer to explain. “It’s amazing to listen at the awards ceremony and hear just a small snippet of what the students are doing,” says Sharry. Fortunate to work with some students for all four years, Sharry says the ceremony shows the transformations the students make in that short time. “We get to see them grow into their student leadership roles,” she says.

Over the years, the ceremony has expanded to include more and more awards, consolidating into one ceremony with a range of highlights. “It is very positive to have the community come together,” Sharry says. “It’s a nice way for everyone to celebrate the students.”

Faculty, students, staff, family, and friends of the students gathered in the Rubin Campus Center Odeum for the ceremony and the following reception. Dean of undergraduate studies and mathematics professor Arthur Heinricher was honored as Advisor of the Year for his work with Phi Kappa Theta. Student awards were given in the following categories:

Behind each award is a story of inspirational dedication and hard work from the students.

Carolyn Detora ’18, a four-year BS/MS mechanical engineering/management major, was the recipient of the Marietta E. Anderson Award which recognizes women students for their academic excellence, professional goals, and contributions to the WPI community. She also received a Peer Learning Assistant of the Year Award for her work as a Peer Learning Assistant with the Great Problems Seminar. Detora looks at her efforts as a bit of a payback. “WPI has done a lot of great things for me,” she says. “I want to be able to help my community grow and help promote WPI and women in STEM as much as I can.”

Detora notes that striking a balance with academics and community service is important. “WPI was a small school where I felt like I could make a difference in the community,” she says. “I wasn’t entirely sure how involved I would get because I was nervous about the academics.” But, like many award recipients, she thrived. She currently balances the sorority responsibilities of Alpha Xi Delta and working as a mentor and volunteer with both Engineering Ambassadors and Exploradreams with her studies and several honor societies. “I like engineering and I love my major, but I knew I wouldn’t be happy doing engineering all the time,” she says. “It’s just fulfilling to know you are helping students in some way.”

Aaron Pepin ’17, a mechanical engineering major, was one of four students to receive the Coghlin Award, which honors students who recognize the importance of helping others in need. Pepin’s work with Grier Strong was the catalyst for his award. The organization offers education about spinal cord injuries and assists Jared Grier and his family after Grier’s catastrophic injury and resulting paralysis in 2015 at the end of his freshman year at WPI. Pepin, a member of Grier’s fraternity Lambda Chi Alpha, spearheaded Grier Strong at WPI and has helped raise funds for his fraternity brother, even while recruiting new members to keep the organization thriving.

Pepin also received one of 15 Crimson and Gray awards handed out to “outstanding student leaders who have made significant contributions to improve the quality of life and community at WPI.” Pepin says he’s honored by the awards and knew WPI was going to be a place where he could make a difference. “WPI was the first college I visited and every other one I visited afterwards felt like something wasn’t quite there,” Pepin says. “I think it was the sense of community here.”

Pepin has also made four volunteer trips with Engineers Without Borders, an activity he will continue after he graduates and starts working at Pratt & Whitney in Connecticut.

Like many of the award recipients, Pepin and Detora say getting involved in causes they believe in enriched their years here. “When you come in as a freshman, you’re told to sign up for everything and then choose,” says Pepin, “but there’s value to getting very involved in a couple of things than sparsely involved in a lot of things.”

Although the actual call for candidates won’t begin until fall, Sharry is already thinking ahead to next year’s ceremony and what meaningful influences those award recipients will bring.

Meet Some of Our Award Recipients 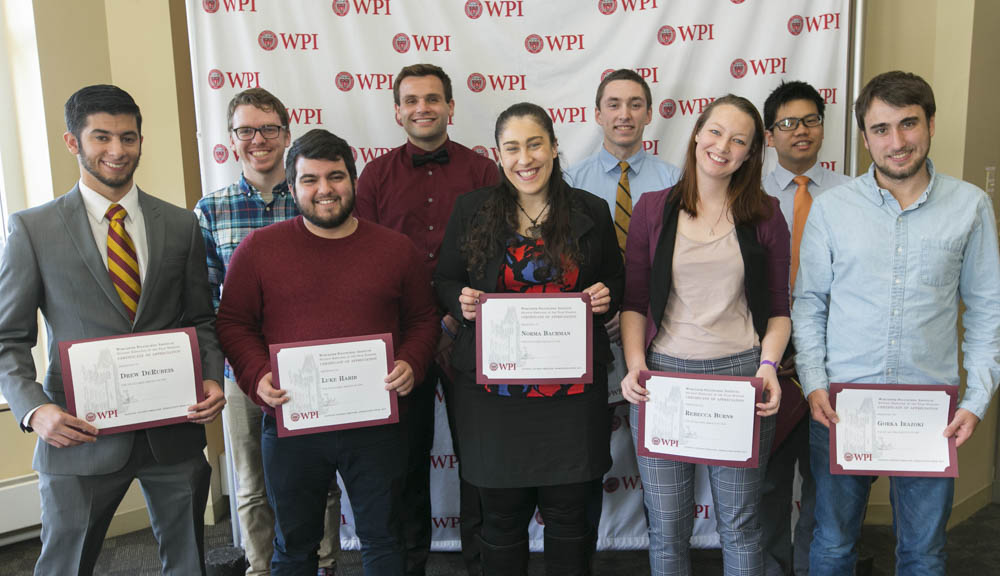 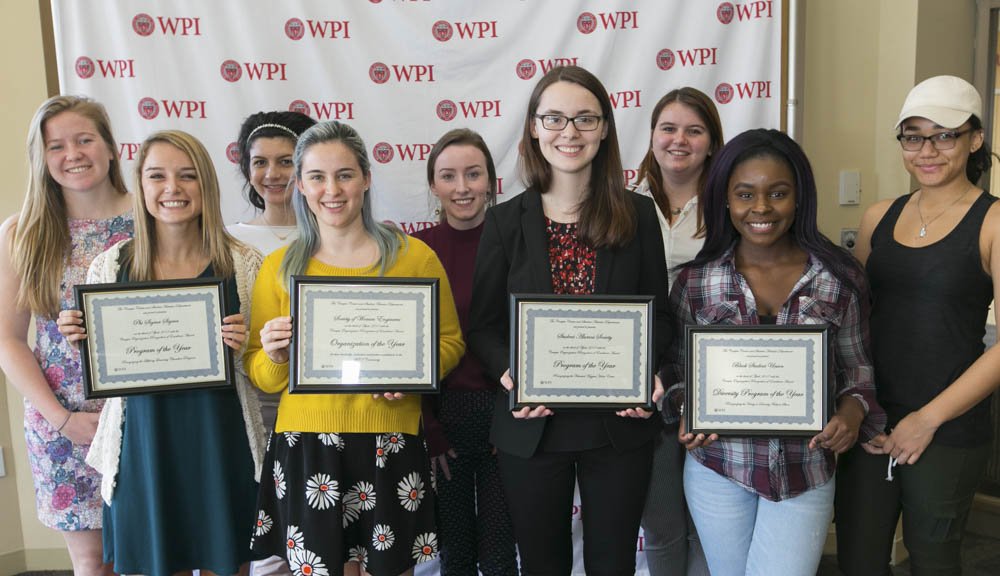 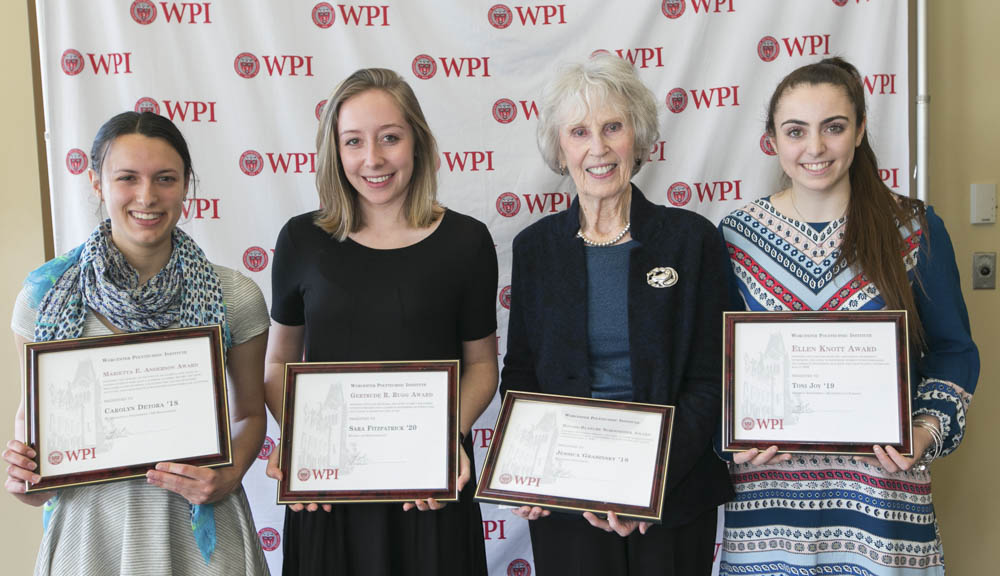 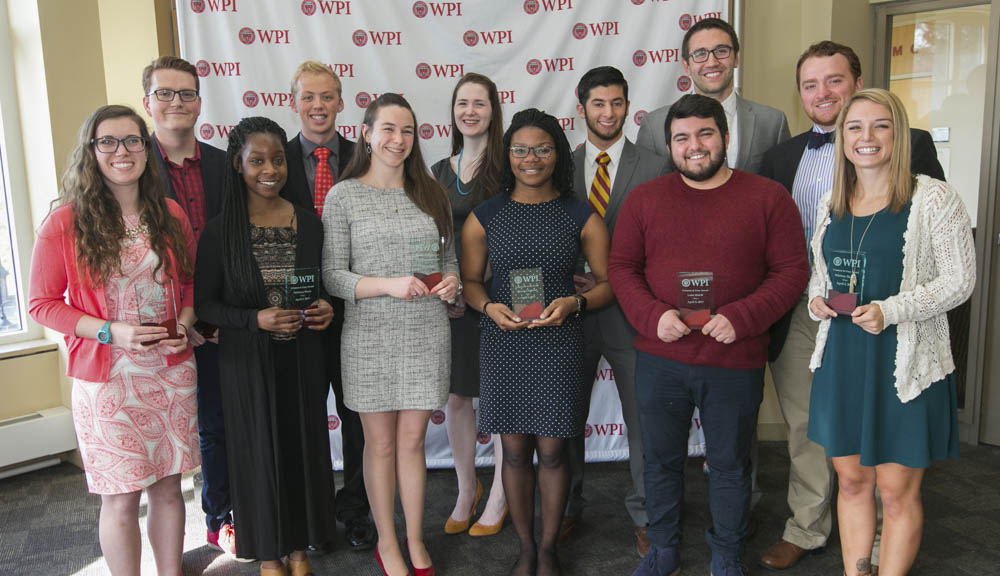 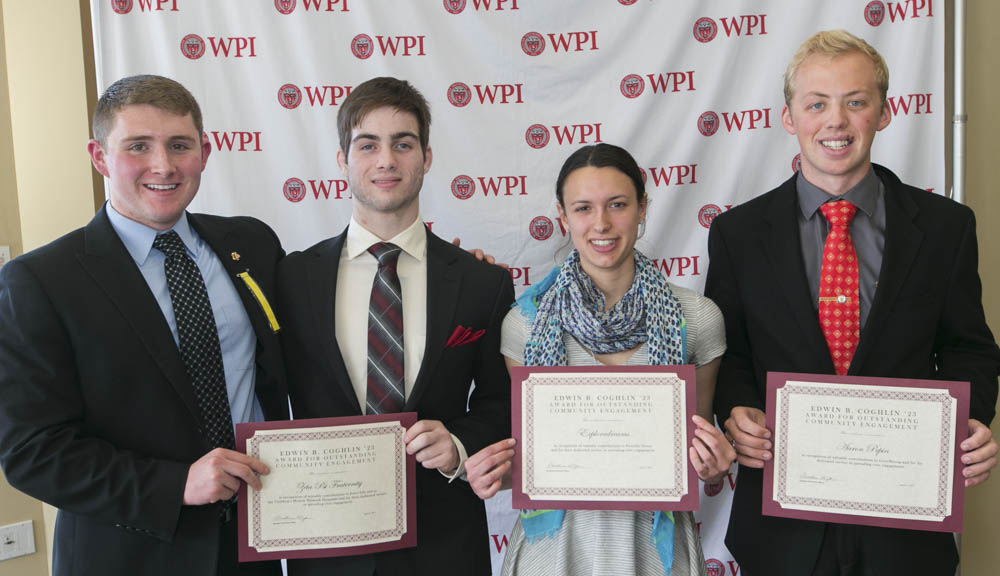 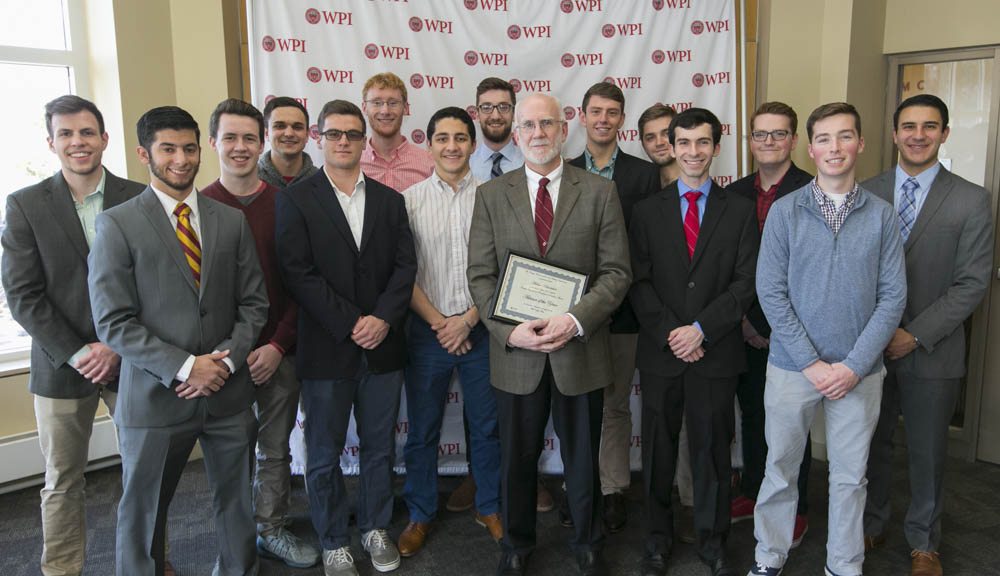