Fred DiMauro, vice president of facilities at WPI and host chair of the event, says hosting the conference is an honor, as SCUP is usually held at universities in Boston or New York City. But in holding with the tradition of learning from peers, hosting at WPI will give participants new buildings, new planning approaches, and new techniques and outcomes to consider at their own institutions. 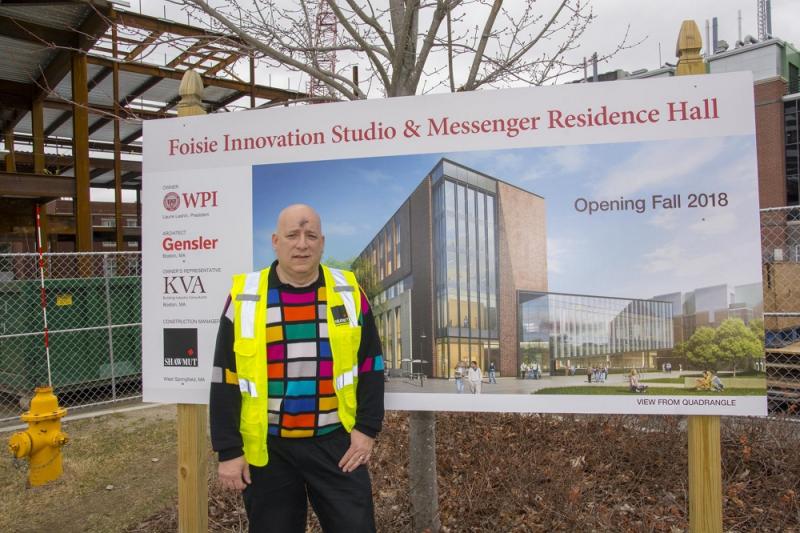 This year’s theme, “Building Bridges: Co-ops, Consortia, and the Collaborative Economy,” guides sessions that will address areas of particular concern to many higher ed institutions, including topics like sustainability, working with the community and industry partners, and enhancing academic opportunities for all students.

There will be 28 concurrent sessions held on Monday and Tuesday, seven of which are being led by WPI faculty, staff, or students. On Monday, President Leshin will give a plenary session titled, “Honoring the Past While Building the Future.” In addition, there will be tours throughout the conference  and a pre-conference planning workshop on Sunday.

DiMauro is also moderating “5-5-5: Five buildings by five architects in five minutes.” According to DiMauro, the session includes the architects from five of WPI’s recent buildings, including the Sports and Recreation Center, the Rooftop Fields Complex, the Foisie Innovation Studio, Faraday Hall, and 50 Prescott Street. With the stopwatch running, each architect has exactly five minutes to present design highlights and challenges and then five minutes for a Q&A.

Trustee emeritus Judy Nitsch ’75, founding principal of Nitsch Engineering and former chair of  the Facilities and Infrastructure Committee, was key in convincing the society to have the conference here, says DiMauro, and will also present on the history of planning at WPI during a session Monday morning.

Nitsch says she has wanted to have the conference at WPI for years and is thrilled to finally have the opportunity. Aside from the geographic convenience for conference attendees, she is glad to show off the campus a bit.

Nitsch is slated to speak about planning, but she says, “It’s the history of planning, but also the lessons learned through planning at WPI.”  She will bring in all the successes WPI has implemented through thoughtful planning and even mention a few things that might have been planned differently. In addition to the lessons of “measure twice, cut once,” and “plan twice, build once,” Nitsch says the big picture has to remain clear. “Make it worth it,” she says. “If you are going to do it, do it right.” For WPI, that means over the years planning has had to consider everything from engaging the city, surveying students, and being open to moving in unexpected directions.

Calling it “taking a right hand turn when necessary,” Nitsch says Gateway Park was a good example of that, and the conference will address that challenge with a panel discussion that includes Jeffrey Solomon, WPI’s executive vice president and chief financial officer. “With Gateway, we realized we should move our center of gravity to the east,” Nitsch says after previous expansion to the south of campus. In the end, Gateway provides outstanding research facilities and opportunities within close proximity to WPI. 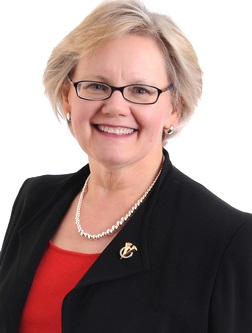 The concurrent sessions include such varying topics as creating satellite or remote campuses, creating partnerships with like-minded or even complementary institutions, creating and sharing online content, sharing academic and non-academic resources, aligning with industry partners, offering adult workforce education, creating internships and/or co-operative work opportunities for students, and engaging with and providing economic and academic support within their local communities.

DiMauro says the SCUP conferences are traditionally excellent opportunities to network and learn what other schools are doing. To be able to show off WPI and the surrounding city, and not just talk about accommodating the incredible growth over the past years, is exciting.

An interesting outcome from a previous SCUP conference at Boston University is WPI’s Foisie Innovation Studio, says DiMauro. He attended a session presented by Gensler Architects on makerspaces they designed for MIT. DiMauro was impressed with Gensler and they were brought on as consultants for the makerspaces planned for the renovations to Alumni Gym, and eventually became architects for the design of the Foisie Innovation Studio & Messenger Hall, currently under construction. It is, he says, one example of the value of connections formed through these conferences.

“Just in the past 10 to 12 years, we have added nine buildings and are currently building our 10th,” says DiMauro. “That’s an incredible amount of growth. It has transformed the campus so much.” Even when DiMauro arrived a decade ago, WPI’s campus was less easy to navigate. “There were 200 cars parked around the quad,” he says. “It has become more of a pedestrian campus.”

Other WPI members presenting include John Orr, director of sustainability, and Bill Spratt, director of facilities operations, who are presenting on sustainability among the Worcester colleges along with Greener U. Rick Vaz, director of the Center for Project-Based Learning; Kris Boudreau, humanities and arts department head; and Art Heinricher, dean of undergraduate studies, are leading a presentation about the WPI Plan; Mike Gennert, director of robotics engineering, is presenting a session on the Robotics Revolution.

WPI alums from Shawmut and a number of engineering firms involved in the Foisie Innovation Studio project are presenting a session about being involved in designing and building an innovation studio at WPI. Part of the presentation will focus on how essential this growth is on a campus and how they would have loved to have this kind of space while they were here working on their projects.

And the conference shows how universities in Worcester are all working toward similar goals. Bus tours will go to the College of the Holy Cross, Assumption College, and Clark University to showcase some of their recent projects. And many student-led tours on campus will take in some of WPI’s recent projects like the Sports & Rec Center and Faraday Hall. Participants will have access to WPI’s robotics labs and fire labs with short tours and demonstrations. They will also be able to see WPI’s spectacular Lightpainting exhibit by artist Stephen Knapp on Gordon Library's façade.

“Just in the past 10 to 12 years, we have added nine buildings and are currently building our 10th. That’s an incredible amount of growth. It has transformed the campus so much.” -Fred DiMauro

Nitsch says she hopes attendees will be impressed by WPI’s beautiful campus, but also impressed by what the university has accomplished. “I want them to think what a thoughtful job we have done in expanding our campus,” she says. “Our student population has grown, and we have been able to accommodate that from the living spaces to dining to sports and academic spaces. We went about it in a thoughtful manner with the resources available, and the results are stunning.”

DiMauro says learning how his colleagues at other institutions are attacking and solving challenging issues is thought provoking. “There’s an energy that comes out of this and my energy cells are recharged for the next year,” he says. “For three days we are focusing on all of this. It allows us to look ahead and think of different solutions to different problems.”