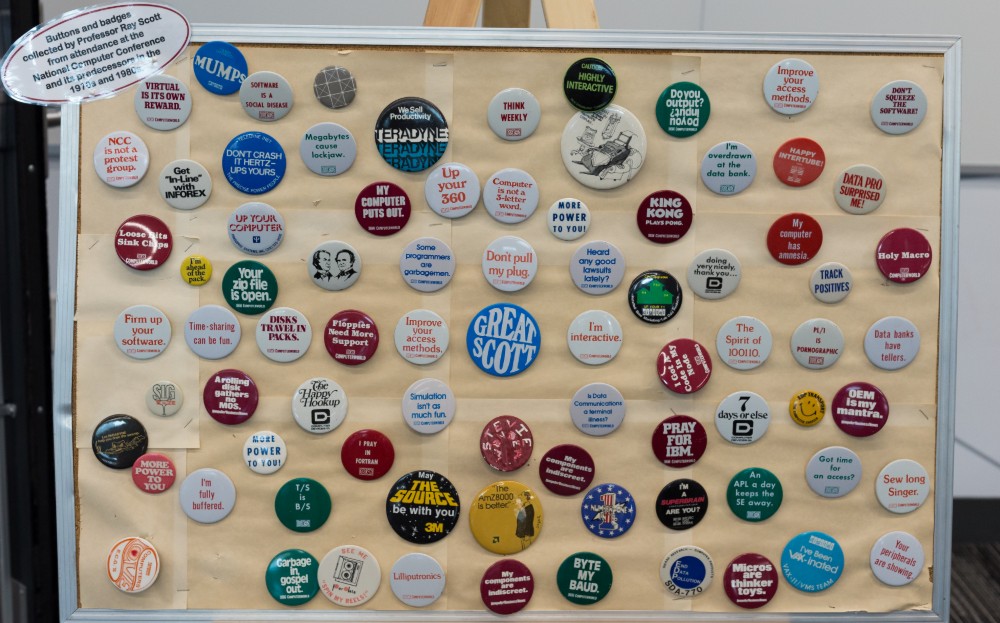 Buttons and pins representing 50 years of computer science at WPI.

CS evolves as a hub of interdisciplinary activity

Computer science at WPI is celebrating its 50th anniversary, an accumulation of five decades of achievement for a department at the forefront of research that continues to be a force on campus.

“The computer science department was created at a time when computers were large and primarily used for numerical computation, whereas today, computers are not always obvious, but they are ever-present in our lives,” says department head Craig Wills. “The department itself has grown from a fledging program to a flagship that serves as the hub of interdisciplinary activity at WPI.”

It all began in 1968, when Norman Sondak, WPI’s pioneering computer scientist, was hired as the first CS professor. The following year, the first computer science degree was offered—an MS; a BS was added in 1970 and a PhD in 1983. By 1990, the department moved into the newly built Fuller Labs and boasted 165 undergraduates.

Other achievements include collaboration with the Department of Humanities & Arts in 2005 to launch the interactive media & game development (IMGD) program, offering one of the earliest video game majors. Two years later, the nation’s first bachelor’s degree program in robotics engineering was launched as a partnership between CS, the Department of Electrical and Computer Engineering, and the Department of Mechanical Engineering. Subsequently, the CS department has helped create interdisciplinary degree programs in learning sciences & technologies, bioinformatics & computational biology, data science, and, most recently, neuroscience.

“Many of WPI’s fastest-growing programs are the result of collaborations between the faculty in computer science and colleagues from other departments on campus,” says Kristin Tichenor, senior vice president. “Their willingness to think creatively about how computing can be used in new ways has helped WPI broaden its reach geographically and diversify its enrollments.”

WPI’s Department of Computer Science has evolved to become as diverse and varied as the field of computer science itself, offering courses and specializations in areas ranging from human-robotic interaction to data mining. Faculty research spans a vast range as well. 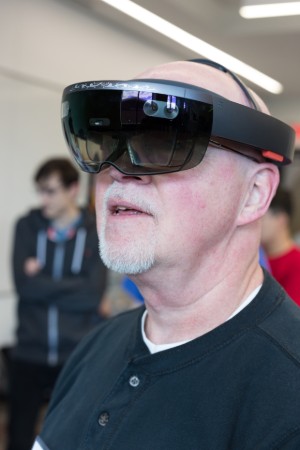 And a team of computer scientists led by associate professor Dmitry Korkin received funding form the National Institutes of Health last year to develop and evaluate new computational techniques that will provide a better understanding of the genetic and molecular interactions that underpin complex diseases.

And, notably, CS professor Neil Heffernan, director of learning sciences & technologies, has attracted millions of dollars in research funding and launched the online learning platform, ASSISTments, now in use at schools across the country.

About 25 percent of all WPI undergrads currently pursue a computing-related degree. “Today's computer science program, in the context of the WPI Plan, provides a high-quality, unique experience through project-based learning and a flexible curriculum that has a large number of options for students,” says Wills. “We have been able to develop degree programs at the graduate and undergraduate level that bring together expertise from traditional disciplines.”

Former department head Michael Gennert explains how this enhances the CS program. “Interdisciplinary programs involving computer science arose from the observation that computers and computation have become critical to engineering, science, business, and modern life. It isn’t enough to know CS; one has to know something about another discipline,” he says.

Professor Elke Rundensteiner, director of data science, agrees. “WPI now is home to a thriving data science program at all levels of the educational spectrum,” she points out. “Programs such as data science are mutually beneficial to both students in the program as well as the core computer science student community.”

At the undergraduate level, CS majors have lots of flexibility in terms of the courses they can select, Wills says. He cited the Interactive Qualifying Projects (IQP) students must complete as being key in helping CS majors “gain societal context for the technical knowledge they are learning. The flexibility and off-campus project experiences are particularly distinctive aspects of the CS program,” he adds.

With the 50-year milestone reached, one cannot help but wonder how Wills foresees CS at WPI five decades from now. “Continuing to evolve to be more interdisciplinary and, in a sense, less visible as computing is embedded into devices and objects we interact with on a daily basis,” he says. “The computers we carry in our pockets today (mobile phones) are more powerful in terms of computing power than early machines that occupied an entire room.”