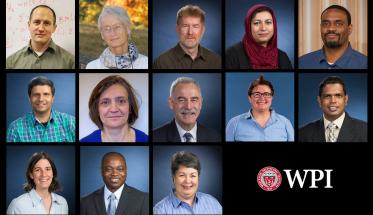 “It’s a great pleasure to congratulate these remarkable teaching professors, who have demonstrated their talent in engaging and educating WPI students,” said WPI President Laurie Leshin.

The promotions follow the announcement in March that 18 other full-time faculty members had been promoted or awarded tenure. Provost Wole Soboyejo said the combined groups demonstrated the depth of faculty commitment to WPI.

“Through their teaching, scholarship, and service, these faculty members exemplify what is best in our community,” Soboyejo said. “It’s also wonderful to see how their work has improved teaching practices, not just at WPI, but in their academic fields.” 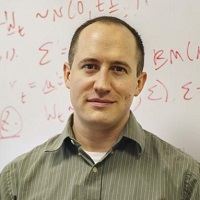 Marcel Blais has been promoted to teaching professor in the Department of Mathematical Sciences. Blais teaches operations research, calculus, and financial mathematics courses, and he studies liquidity modeling in mathematical finance. He coordinates the Financial Mathematics master’s degree program, and advises students enrolled in it.  Blais has been associate head of the mathematical sciences department since 2017. He also is the co-director of WPI’s FinTech Collaborative and serves on the board of the National Professional Science Master’s Association. Blais earned his BS at Fairfield University, and his MS and PhD at Cornell University. 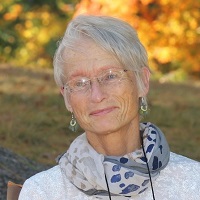 Ulrike Brisson has been promoted to teaching professor in the Department of Humanities and Arts. Brisson teaches German language, culture, and literature courses, and she has advised student teams at WPI project centers in Namibia and Switzerland. She also directs an exchange program with the University of Applied Sciences in Konstanz, Germany. Her research interests include travel writing, foreign language acquisition, and literary translation. In collaboration with the WPI German Club, Brisson has attracted speakers to WPI to address topics such as Germany’s role in Europe and its response to Europe’s refugee crisis. Brisson earned her PhD degree in comparative literature at Pennsylvania State University. 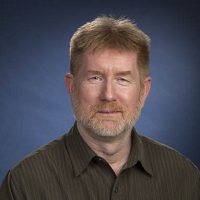 Michael Buckholt has been promoted to teaching professor in the Department of Biology and Biotechnology. Buckholt teaches courses in environmental biology, anatomy and physiology, and ecology and animal behavior. His research focuses on the best application of technology to laboratory teaching, methods of teaching students how best to communicate, and the development of research-based courses. He has served on the Undergraduate Curriculum Committee and the Institutional Animal Care and Use Committee, and he is an Insight Advisor to students who are transitioning to college. Buckholt earned his BS at Pennsylvania State University and his PhD at WPI. 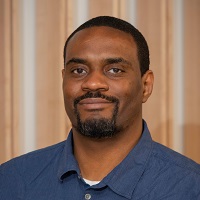 Farley Chery has been promoted to associate teaching professor in the Interactive Media and Game Development program. Chery has expertise in art and coding, and has taught students motion capture, scripting, and technical rigging technologies. His research interests focus on visual technologies such as real-time rendering engines, performance capture, dynamic simulation, and Afro-futurism. He has been instrumental in creating new courses for a Technical Art concentration in the IMGD program, while mentoring students of color and participating in a campus social justice initiative. Chery earned his BFA at Collins College and his MFA at Full Sail University. 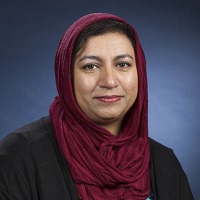 Fatemeh Emdad has been promoted to teaching professor in the Data Science program. She teaches statistics and statistical methods for data science. Emdad has helped develop 75 research projects for graduate students in data science since 2015, particularly by attracting corporate partners to collaborate with students. She also has been involved with the first Data Science Research Experience for Undergraduates summer program at WPI, the university’s annual Women in Data Science symposium, and two grants awarded by the WPI Women’s Impact Network. Emdad earned her BSc at Shiraz University, an MSc at Tehran Tarbiat Moallem University, and an MSc and PhD at Colorado State University. She completed postdoctoral work at the University of Texas Medical Branch and a Shriners Hospitals for Children burn unit with a Ruth L. Kirschstein National Research Service Award from the National Institutes of Health. 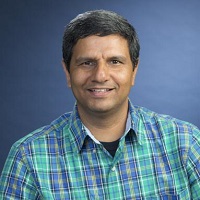 Rudra Kafle has been promoted to associate teaching professor in the Department of Physics. Kafle has developed studio physics courses for WPI and helped develop the astrophysics minor. His research interests focus on theoretical studies of atom interferometers and gyroscopes with Bose-Einstein condensates, DNA biophysics, and physics education research. Kafle has served as co-principal investigator on a project funded by the National Science Foundation to increase the number of physics teachers in U.S. high schools, and he has been involved in WPI summer programs and the Goddard Cup Water Rocket Competition for regional high schools. He also served on the physics department’s undergraduate curriculum committee and has advised the Society of Physics Students. Kafle is an associate director of the WPI Morgan Teaching and Learning Center. He earned his MSc at Tribhuvan University in Nepal, his MS and PhD at WPI, and did postdoctoral work at the University of Michigan. 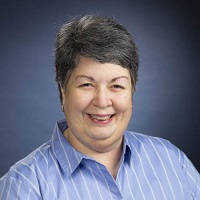 Ingrid Matos-Nin has been promoted to teaching professor in the Department of Humanities and Arts. A Spanish teacher, she served six years as administrator of Hispanic studies activities and in 2017 was named Faculty Advisor of the Year by WPI’s Insight Program for first-year students. Matos-Nin is the author of the book, “The Novels of Maria de Zayas, 1590-1650: The Supernatural and the Occult in Spanish Women’s Literature of the Seventeenth Century” as well as numerous scholarly articles. She earned a BA in political science at Universidad de Puerto Rico-Mayaguez; and a BA in Spanish Language, a BS in Secondary Education, and an MA in Hispanic Studies at Pontificia Universidad Católica de Puerto Rico. She earned her PhD in Hispanic Language and Literatures at Boston University. 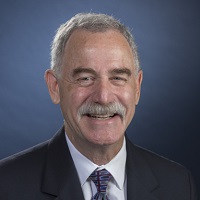 Jamie Monat has been promoted to teaching professor in the Department of Electrical and Computer Engineering. An experienced business executive who teaches many of his classes through WPI’s Office of Corporate and Professional Education, Monat has taught courses in systems engineering, systems thinking, business operations and practices, project management, and risk management. He is on the editorial board of the Journal of Applied Management and Investments and is a reviewer for the journals Systems and Futures. Monat’s research interests include applications of systems thinking, business applications of logistic regression, emergence and self-organization, project risk management, and operations risk analysis. He earned his BS at Princeton University and his MS and PhD at Stanford University. 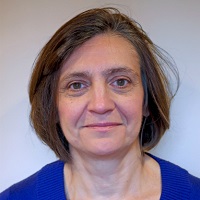 Svetlana Nikitina has been promoted to teaching professor in the Department of Humanities and Arts. Nikitina has taught a variety of writing and literature courses while focusing her scholarly interests on new forms of narrative, comparative, and environmental literature, and the interdisciplinary theory and practice of teaching. She is founding director of the WPI project center in Moscow and has participated in the Great Problems Seminar Program from its inception. She has been a member of the Modern Language Association, Association for Integrative Studies, and The American Association for the Advancement of Slavic Studies. She serves as a trustee of the Museum of Russian Icons in Clinton and directs the museum’s education committee. Nikitina earned a PhD in philology and comparative literature from Moscow University and an EdM from Harvard University. 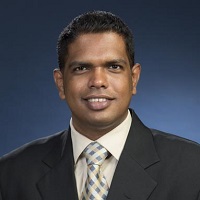 Buddika Peiris has been promoted to associate teaching professor in the Department of Mathematical Sciences. Peiris teaches undergraduate and graduate courses in statistics, and he has overseen independent studies in statistics for both undergraduate and graduate students. He helped develop the university’s Statistical Consulting Laboratory, which assists researchers with their statistical needs. He also coordinates and serves as advisor to students in the Master of Science in Applied Statistics program. His research focuses on developing new statistical methodologies and their applications in restricted interference, meta-analysis, and Bayesian computations. Peiris earned his BS at the University Sri Jayewardenepura, and his MS and PhD at Southern Illinois University. 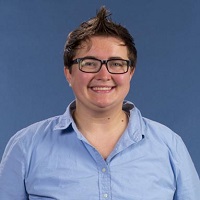 Zoe Reidinger has been promoted to associate teaching professor in the Department of Biomedical Engineering. Reidinger teaches a range of introductory and high-level courses and is an associate director of the Morgan Teaching and Learning Center. Reidinger has served as co-principle investigator on grants funded by the National Science Foundation to improve engineering education and research opportunities for WPI students, as well as students from around the country, from underrepresented groups. In addition to improving engineering education, Reidinger’s interests include engineering design for marginalized populations, biomaterials, and advocacy for LGBTQ+ students. Reidinger earned a BS from Virginia Commonwealth University and a PhD from WPI. 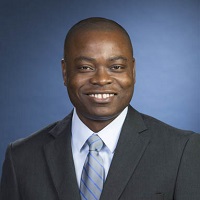 Gbetonmasse Somasse has been promoted to associate teaching professor in the Department of Social Science and Policy Studies. An economist and applied econometrician, Somasse has helped develop or redesign seven economics courses at WPI while advising multiple student project teams each year. Somasse’s research focuses on public policy, development, and impact evaluation, with an interest in education, technology, environment, inequality, and Africa. He served on the Faculty Learning Community on Social Justice, helped organize the university’s first social justice summit, and was the first advisor of the African Student Association. He co-directs WPI’s Cape Town Project Center in South Africa. Somasse earned a PhD in economics at Clark University after more than seven years of professional work in the financial and development sectors in Africa. 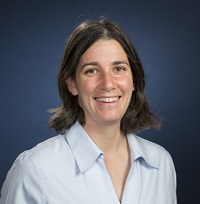 Sarah Wodin-Schwartz has been promoted to associate teaching professor in the Department of Mechanical Engineering. Wodin-Schwartz designs her courses and assignments to help students understand the environmental, social, ethical, and physical impacts of engineering projects on individuals and communities. She has received the Board of Trustees’ Award for Outstanding Teaching and the Romeo L. Moruzzi Young Faculty Award. Wodin-Schwartz has presented her research at conferences and workshops and advises student teams on research projects. A mentor to several student groups, she also participates in summer outreach programs for pre-college students. She earned a BS at Smith College and an MS and PhD at the University of California, Berkeley.